BoJ’s unconventional policies driving Japanese investors to do the same… 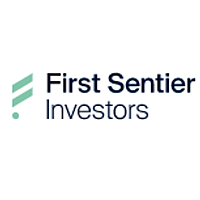 Some 16 years after adopting QE the BoJ now owns 40% of the JGB Market. The Bank of Japan (BoJ) was the first central bank to adopt quantitative easing (QE) in March 2001, and have experimented with this unconventional policy ever since, even buying equity market ETFs and JREITS in massive quantities. Since then the BoJ balance sheet has ballooned to US$4.5TN, just shy of the Fed’s. The difference though is, the BoJ now owns over 40% of the Japanese Government Bond (JGB) market (and 60% of the ETF market!) while the balance sheet represents close to 100% of GDP, compared to the Fed at 15% of Treasuries and 24% of GDP.

If “Abenomics” continues apace, the BoJ could own 60% of the JGB market by 2019 & 100% by 2025.
With ‘Abenomics’ yet to have any lasting impact on potential economic growth or inflation and with few other options available, this policy looks set to continue at the current pace. This will see the BoJ own over 60% of the market by 2019 and 100% by 2025. Given this and the fixing of the 10 year yield around 0% can the JGB market still be called a market? Some would argue not, with many fund managers and even one of Japanese largest banks leaving the market, citing dysfunction and a lack of liquidity.

JGB market dysfunction is driving the Y500TN asset management Industry into “alternatives”.
So, with negative rates and a dysfunctional bond market where is the 500TN Yen Japanese asset management industry looking? Traditionally conservative investors like GPIF (the world’s largest pension fund) have been increasing their exposure to equities, both domestic and international, while others have increased their exposure to global bonds with US$184bn of net buying in 2016, the second highest on record. Real assets have been the other big beneficiary with infrastructure in particular being seen as a very attractive proposition for long-term investors.

This has led Japanese investors to Europe where positive rate differentials offer cheaper options.
The big challenge for Japanese investors looking oversees has been how to manage the currency risk. With Japanese rates so low the cost of hedging can erode most of an investments return but the recent volatility of the Yen is a significant risk for managers. Interestingly this has made Europe one of their most favoured destinations (despite negative yields), as the positive rate differential means Japanese investors can hedge without the high cost of other markets.

With inflation unlikely to return to target and no end in sight for the BoJ’s unconventional policy it seems likely the current trend will remain and Japanese investors will continue to look offshore, offering opportunities for global managers and markets alike.