Navigating a peak in the global growth cycle 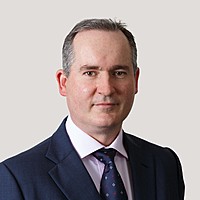 Over the past month our leading indicators of the industrial cycle have shown signs of peaking.  The real question is whether this suggests the industrial cycle is merely temporarily interrupted and rapid global growth will soon return; whether we are through the fastest phase of acceleration in the cycle, and continued but slower and more volatile growth becomes the norm; or whether a broader and deeper slowdown is now in prospect?

“Cycles are not like tonsils, separable things that might be treated by themselves, but are, like the beat of the heart, of the essence of the organ that displays them” - Joseph Schumpeter 1939

Most people with even a passing interest in economics would be aware of the existence of Joseph Schumpeter, one of the most important economists of the 20th century.  Born in 1883 in Austria, Schumpeter was educated in Germany before spending the post-Depression period lecturing at Harvard University until his death in 1950.  Schumpeter’s main contributions may well have been better received in the current period since he focussed on the role of the producers and the process of innovation as the key determinant of the ‘circular flow’ of the business cycle.  Schumpeter will be forever tied to the phrase ‘creative destruction’ – the "process of industrial mutation that incessantly revolutionizes the economic structure from within, incessantly destroying the old one, incessantly creating a new one".  The beneficiaries of the gig-economy have been ready adopters of the phrase, albeit the FAANGs have unleashed a different type of destruction in recent days.

What evidence is there that the economic growth cycle is peaking?

If Schumpeter was right about anything it was that it has always been easier to sell a message of doom and despair than one of relative optimism.  Any well-constructed thesis that seriously challenges the current consensus has the potential to have an outsized impact upon markets.  If the industrial cycle has really peaked, and financial markets are yet to fully grasp the implications, then the impact on relative asset class returns could be profound.  But what is the evidence of the slowdown?  There are a host of indicators we track, including credit impulses and trade flows that have been flashing amber for several months, but the most interesting indicators include:

Exhibit 1:  Commodity prices, freight rates and commodity currencies are the most directly exposed to the industrial cycle Exhibit 2:  A peak in the global new orders to inventory ratio is a reliable indicator of a peak in the industrial cycle Exhibit 3:  The US new order to inventory ratio suggests the US will not be immune for the slowdown Should we be worried?  Growth is still good, isn’t it?

"The success of everything depends on intuition, the capacity of seeing things in a way which afterwards proves to be true, even though it cannot be established at the moment, and of grasping the essential fact, discarding the unessential, even though one can give no account of the principles by which this is done."  Joseph Schumpeter

Although our view is the industrial cycle is the clearest representation of the ebbs and flows of economic growth, ‘the cycle’ is a somewhat abstract concept for financial markets; mixing evidence of the pace of expansion in the real economy, together with indices of whether the market has been ‘surprised’ by the strength of this data, and whether this is consistent with adding exposure to risky assets.  ‘The cycle’ for financial markets is thus part measurable, part positioning, and part sentiment driven.  There is an element of intuition exhibited in financial markets where an emerging theme can dominate market behaviour for days, weeks or even months at a time until it is unpacked, quantified and has exhausted the attention span of markets.

As a result we spend a lot of time refining our measures of real time growth, data surprises, financial conditions and risk aversion to isolate these impacts.  Our measures of G7 real-time economic activity, or nowcasting, suggest that the peak in economic growth in the G7 likely occurred at the very end of 2017.  Although realised economic growth has printed somewhat below our nowcasting estimate of current economic growth, it is notable that our nowcast estimate tends to lead the official G7 GDP data.  We are now in the interesting period for markets where the activity data in the G7 remains in a solid expansion phase but it is slowing from its cyclical peak. How do financial markets respond to economic growth that is still good but at a slower pace than it has recently become accustomed to?  It depends upon whether such a growth slowdown was anticipated or came as a surprise.  Exhibit 11 shows our G7 economic data surprise index.  It is notable that although the economic data prints have been robust, analysts had become too far optimistic in their forecasts relative to what was ultimately delivered.  A sharp breakdown in our economic surprise index typically suggests a problematic period for risk assets is in store.

Exhibit 5:  Our data surprise measures suggest analysts become too optimistic relative to what the data could deliver Indeed, when we look across asset classes this has indeed already occurred.  Our risk aversion index that seeks to quantify the size and duration of bouts of risk aversion suggests the February and March risk off events were easily larger than the bout of US data weakness in early 2017 and the Korea nuclear threat in mid-2017.  By the standards of the risk aversion events over the past 7 years, these events were significant, but the February and March risk off events were largely a function of rising volatility and the derating of the FAANGs and trade war threats, and not that the fear of a broad-based slowdown in global economic growth was in prospect.

Exhibit 6:  Risk aversion has spiked twice in 2018, but neither of the spikes yet reflect the scenario of weaker growth and higher inflation If you would like to read our full analysis on "Navigating a peak in the global growth cycle", please click here