Pockets of value in an unloved sector 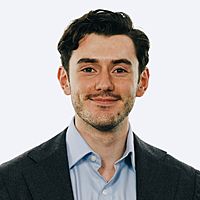 If you asked which sector has had the most difficult time over the last decade, it would be hard to look past the energy sector. Every month it seems a new geopolitical event occurs with major flow-on effects on oil prices. Popularity around renewable resources ebbs and flows causing major booms and busts for battery materials. And governments do what they can to keep the producers of the old economy afloat (who can forget the lump of coal that was brought into question time?).

As a result, the energy sector has been one of the worst-performing across markets. It's the only sector to have delivered a negative return over the last decade. But, despite the backdrop of poor performance, many energy companies have found ways to cut out their own pockets of success. And even still, in the last month both lithium and copper ore prices have hit multi-year highs as nations around the globe push toward zero emissions.

In this first part of this collection on the Energy sector, we asked our experts which parts of the energy sector are best positioned for the future? Responses come from:

Oversupply has lead to underperformance

The performance of the Energy sector is largely due to structural oversupply. There is an abundance of discovered reserves with around 50 years of reserve life. Oil has had three large booms in the last 100 years; the discovery boom in the 1860s, the 1970s oil shock due to the OPEC embargo and the China boom (2000-2011). Oil has also had a number of slumps, some of which have lasted for 20+ years.

The last boom (2000-2011) induced enormous supply additions and oil prices have traded down since then. As a result, they will tend to remain under pressure due to strong incentives for producers to deplete their resource inventory.

We invest across the entire supply chain of the Energy sector, which means we seek opportunities in the upstream (such as exploration and production), midstream (storage, processing, and transportation) and downstream subsectors (refining and distribution). Different parts of the supply chain perform through the commodity cycle.

While the Energy sector may conjure up images of oil rigs and LNG carriers crossing the open ocean, the sector is far broader. Renewable energy has been a steadily growing, and progressively more serious investment opportunity as the world looks beyond fossil fuels and nations ramp up their commitments to carbon neutrality. With the advent of economically viable battery storage, hydro, wind and solar power are no longer positioned as intermittent power sources, they have become central to the clean energy transition.

In the medium-term, we believe that clean energy producers will progressively gain more traction, particularly as nations set ambitious carbon emissions targets. Currently, Europe’s power supply is 38% renewable, this is anticipated to grow to 65% by 2030 and this trend is only going to head in one direction

Natural Gas to lead the way

We believe domestic LNG producers are best positioned in the medium term.

The oil price, the basis for LNG contract pricing, has recovered quickly and is now sitting at the pre-COVID-19 levels yet the domestic energy index is still trading at 30% below pre-COVID-19. Furthermore, the Australian energy sector has lagged the performance of the US energy sector by approximately 20% since the start of 2021.

Consumption is now starting to normalise. Looking at the latest traffic figures global road traffic is back to 92% of 2019 levels with countries like Australia and the UK already back to pre-COVID-19.

Our preference for LNG is largely due to the important role gas will play as a transition fuel as renewables become a larger part of the energy mix. LNG, which is a liquid form of gas, will grow faster as we have seen an increase in consumption in the hard to abate sectors such as heavy industry, shipping and heavy-duty road transport.

In 2020, energy demand halted as economies were shut down. Global gas demand dropped about 2.5%, oil fell 9% and coal dropped 5%, yet LNG demand was steady. This demand was underpinned by strong growth from India and China where double-digit increases were recorded. China is now the second-biggest importer of LNG and is looking to grow capacity by 48% to 120mt over the next 5 years. The global LNG market today stands at about 360mtpa. This growth is centred on Asia and has a long runway.

The LNG market has high barriers of entry, long project lead-times and it is highly capital intensive. A fully integrated LNG project usually takes 4-6 years to be fully developed and a significant proportion of volume is usually protected by long-term contracts with prices pegged to the oil price (with an additional floor). COVID-19 has also caused delays or cancellation of many new projects globally which means demand and supply is going to tighten sooner than the market anticipated.

As the world transitions towards a lower carbon future, we believe that battery technology is best positioned to benefit. For a simple reason: solar and wind power require battery tech for storage. There is no workaround for a renewable form of storage.

Sometimes the sun is shining, sometimes it is overcast. Sometimes it is windy, other times it is still. As we cannot control the weather, batteries are needed to store renewable energy and smooth supply.

Globally, regulations are encouraging their growth. A raft of government subsidies in Europe, China and the US has made batteries cheaper and more available. (The price of lithium-ion batteries, the most common type at present, has fallen 85% over the past 10 years). This shows up in how consumer goods have changed over the past decade. In 2010, batteries powered our phones and devices. By 2020 they powered cars and houses too.

This decade, batteries could change the shape of cities too. As governments layout ambitious carbon targets, we could be set to see more grid-scale batteries. In Australia, Adelaide – which is now home to one of the world’s biggest batteries – is one example. (See discussion on Bloomberg)

While it's clear that renewables will take the reins in the future, not all of our fundies agree that it's the best opportunity in the immediate to medium term. For ETF securities, battery metals seem the best place to be. Whichever way this sector turns, one thing is certain - these ideas are sure to energise your portfolio.

Stay up to date with this series

Stay tuned for the next wire in this series, where our fundies answer, how the coming shift to net-zero emissions impact the energy industry and its largest players. And in the final instalment, our managers give their best pick in the Energy sector. Make sure you "FOLLOW" my profile to be notified of the upcoming entries in this series.