Risk measure at GFC Levels - Should Investors be Worried? 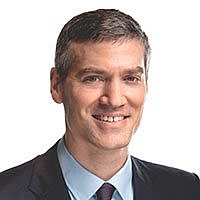 The Bank Bill – Overnight Indexed Swap (OIS) spread is a keenly watched risk measure in fixed income markets that has experienced a significant widening in recent months, both in Australia and in overseas markets (where LIBOR is the equivalent rate to the Aussie bank bill rate).

The OIS market is used in fixed income markets to both hedge exposure to, and speculate on, changes to the overnight RBA cash rate in the future. When market commentators quote statistics like “the market estimates the chance of the RBA raising rates next month is xx%”, they are often quoting the implied pricing of the OIS market.

The bank bill market and LIBOR rates, on the other hand, represent the cost to banks of raising money in the bank bill market for terms generally between three months and one year. As such, the OIS market represents expectations of the pure short-term risk-free rate, whilst the bank bill rate includes other premia such as bank credit and liquidity risk.

What is happening here?

In recent weeks, short-term money market rates such as LIBOR and bank bill rates have increased sharply, and have risen relative to measures of the cash rate. Some market commentators have highlighted this as a risk to market stability. However, in our view, there are a number of additional aspects to the story worthy of our consideration.

Essentially, we view the current environment as relating more to an environment of tightening global liquidity, and increasing government bond supply. This is having knock-on effects on domestic liquidity. Causes of widening in LIBOR-OIS

Some of the more commonly cited influences pushing LIBOR rates higher include the potential for USD repatriation flows following recent tax changes, and the significant increase in issuance of US Treasury Bills seen in recent months. However, some other factors have also been at work too.

One additional influence that has received less coverage has been the potential reallocation of US dollar reserves by China. This is an issue that makes the headlines from time to time, but given recent tariffs and resulting trade tensions, the desire of the Chinese authorities to diversify their holdings is likely to be especially high at present.

Reduced demand for Treasuries from China, and perhaps even net reductions, would be consistent with a worsening short-term cash flow position for the US Treasury. This may have been a factor in their increased issuance over the past two months, although there are seasonal factors at work here too.

Another more protracted influence on LIBOR-OIS spreads is bank regulation. While much of the current regulatory burden on banks reflects actions taken by global regulators some time ago, the implementation aspects continue to create binding constraints on banks.

These constraints limit bank’s ability to hold large inventories of government bonds and corporate bonds. This makes it harder to finance the purchase of government bonds, which in turn has resulted in repo rates widening substantially in recent weeks.

Repo rates are a secured funding rate, as the repo rate is the rate earned on lending cash when accepting government bonds as collateral.

This has fed directly into upwards pressure on LIBOR and bank bill rates, as unsecured and secured funding rates in the money market are closely linked.

It’s notable that two of the major factors in wider LIBOR-OIS rates relate specifically to government bonds, and not corporate bonds or banking sector concerns. For this reason, we would describe the current widening as having different underlying fundamental causes from that seen during the GFC.

One difference is that the reaction seems to mainly relate to liquidity becoming increasingly scarce, and money market rates being priced higher accordingly. This is quite different from the GFC episode, where the blowout in LIBOR rates was directly attributable to a lack of willingness by banks to take overnight exposure against each other.

If credit concerns were rising, we would expect government bonds to be in high demand, and repo rates (i.e. secured rates) to decline amid a flight to quality. This isn’t happening, and in fact we are seeing the opposite with repo rates rising by more than LIBOR rates. This suggests that credit quality is not currently a concern for markets.

Other evidence that this is not a banking sector crisis can be seen in other measures of the health of the banking sector. Banking sector stock prices have generally been fine from a top down global macro perspective, setting aside the domestic factors currently affecting the Australian major banks such as the banking sector inquiry and slowing house prices.

As well as stock prices holding up, measures of banking sector default captured by Credit Default Swaps (CDS) haven’t moved all that much either. A Credit Default Swap provides direct insurance against a default, so if credit were a concern we would see these rates rising rapidly. Instead they have been broadly stable to date.

Another aspect of financial strength of the banking sector are the considerable regulatory reforms and protections put in place since the GFC. These have generally required banks globally to hold much more capital than previously.

This places banks on a much stronger footing, but counting against this is the reduced ability to access government bailouts, due to strong reluctance from governments to repeat the bailouts of the GFC.

On balance, the increased capital and reduced public support probably cancel each other out, and leave the banking sector in a state of moderate health. This stands in contrast to the material worsening that LIBOR-OIS spreads alone might imply.

Even with the current episode being driven by factors other than concerns around bank creditworthiness, the impact on market liquidity has been considerable.

One relevant aspect is that heightened LIBOR-OIS spreads, if they remain persistent, create a higher cost of funding for the domestic banking sector as a whole. This is relevant for the broader economy, as any increase in funding costs will ultimately be passed through to end borrowers. This will affect both households and corporates, in the form of higher mortgage rates and lending rates. If the increase in bill rates were maintained for long enough, this could effectively act in a similar manner to a regular rate hike from the RBA.

Overall, we view the increase in LIBOR-OIS spreads as indicative of an environment where liquidity had been priced too cheaply. This is consistent with a fundamental backdrop of tightening liquidity globally arising from greater banking sector regulation, and withdrawal of earlier stimulus by the major central banks.

The wake-up call for markets is creating welcome opportunities for price discovery after a period of extremely low volatility. This allows greater scope for active management strategies to deliver additional value through understanding the market dynamics and second-order impacts of situations like this.

Ardea Investment Management is a specialist fixed income investment boutique with a focus on delivering consistent alpha to clients through an investment process supported by a highly intuitive risk system. For further information please click here

Tamar co-founded Ardea, a specialist fixed income investment management firm, in 2008. Tamar Hamlyn leads interest rate and macro strategies for Ardea and is responsible for strategic views on the economy and financial markets. Tamar’s focus at...

H
Han Ong
26th Apr, 18
Wouldn’t China’s reallocation of USD reserves result in lowering demand for USD thereby effectively increasing its supply and so to LOWER. rates rather than raise it?

Tamar Hamlyn
26th Apr, 18
Hi Han, correct, a reduction in demand for USD would increase supply, thus lowering rates when looked at in isolation. In addition, reduced demand for USD would also likely lower the exchange rate against other currencies. Thus for investors to be willing to hold USD, they would likely require higher interest rates to compensate. On top of this, a reallocation of reserves would also reduce demand for US bonds, including Treasuries. Reduced demand for bonds means a lower price, and thus a higher yield. This would raise long-term interest rates as well. The combined effect of these multiple influences can be difficult to gauge, but at a very general level reduced demand for an asset means a higher rate of interest must be paid to attract investors.

Get investment ideas from Tamar Hamlyn when you sign up to Livewire Markets.