Shaping up for Reporting Season 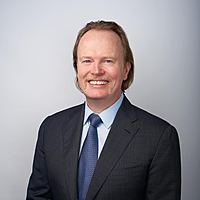 Blow-out inflation readings, central bank rate rises, a new Australian government, and a market correction in June… We have looked at the key market developments since last season which we expect to shape the profit margins and outlooks that Australian companies will report in August.

The backdrop is still strong, but supply and demand pressure is growing

Six months ago, the tone of the February reporting season was overall positive, with the onset of reflation and higher rates being reflected in earnings upgrades and a tilt away from the market’s desire for Growth, towards the Value-style stocks expected to benefit from the economic reopening.

Fast forward six months, and we have now seen blow-out inflation readings, central bank rate rises, a new Australian government, and a severe market correction in June. Australian share prices are now down 10% since the start of the year (through 30 June), yet earnings for S&P/ASX 200 companies are up at record levels as can be seen in the chart below. And while global economic growth indicators, such as the purchasing manager's index (PMI) have been slowing for the last year, they are still up above neutral levels.

Demand and profit expectations appear to be holding up despite inflation impacts growing, but the real question this reporting season will be, for how much longer. To us, it is increasingly likely that headline inflation will soon peak, and will be lower in 12 months’ time, but rate rises are just beginning. Companies have been slow to update guidance and we are yet to see the full impact of inflation expectations on their earnings and outlooks.

We think we are in for an interesting reporting season where supply and demand pressures will come further into focus.

While inflation is broadly good for equity profits in the long-term, the short-term impacts will vary markedly across companies and have a significant impact on margins for companies that lack pricing power for this environment. Cost increases are a big issue for all of the companies that we have been talking to.

At their core, many industrial businesses convert a primary material (bauxite, lime, clay) plus energy (gas, coal, electricity) into an end product (e.g., bricks, cement, alumina, steel). Where companies don’t have a direct pass-through of cost inputs, they could face significant margin pressure. Other industrial businesses, such as Amcor ASX:AMC and Brambles ASX:BXB, faced early-cycle inflation pressure from input costs in their US businesses, but are also likely to see better profit margins as costs have started to roll over and the US brings inflation closer to target. We will also be interested to see if businesses with domestic supply chains that compete against imports can demonstrate a cost and supply advantage in the current environment to help them win share.

On the other hand, some contractors and real asset businesses have revenue contracts linked to CPI, or wage costs that are based on enterprise bargaining agreements (EBAs), are less inflation sensitive and hence will demonstrate strong margin expansion in the current environment.

For the banks, we expect higher rates to boost Net Interest Margins (NIM), especially the ‘exit NIM’ for the July or September quarters. Banks with large retail deposit bases will benefit the most. For general Insurance, we are concerned by the significant supply chain and claims cost inflation, but premiums are now starting to outpace strong inflation. Financials, in general, will continue to face pressure on IT and wage rises next year will continue to impact their cost outlooks.

Rate rise are still at an early stage

The idea of central bank cash rate rises is really only eight months old, and the first Reserve Bank of Australia (RBA) move was just two months ago. We expect the RBA to tighten in August & September, and as this will occur during reporting season it is likely to impact company outlook statements.

Consumers and housing are highly sensitive to rates given high house prices, high indebtedness, and exposure to variable rates. There are clearly already issues for the profitability of house builders from cost increases, but the next issue will be falling new demand especially as immigration rates remain low. Some types of REITs will also suffer demand destruction from higher build costs and falling new project return economics.

We are also facing full employment, both in Australia and offshore, with very low underemployment versus history. For Australian businesses, wage inflation will be a multi-year issue to normalise and will require a significant slowing in employment demand to bring it under control and back towards the trend line shown on the graph.

We see that service companies and businesses with high wage costs will be the ones facing the largest wage inflation pressure for the longest period. We already saw tech companies suffering from wage pressure in February 2022 results. We expect to hear more this time around from Australian companies in this space.

The new Australian Government will hold a Jobs Summit in September which will likely focus on training and low-skilled employment shortages (especially important for childcare) but this can do little to really readjust the pressures from full employment. To further slow the demand pressures on the economy, we expect that the next Australian budget in October will be contractionary, with expenditure cuts versus the last three years of expansionary budgets.

Confidence hit, taking spending with it

Plummeting business and consumer confidence highlights the consumer’s sensitivity to inflation and interest rate issues. The consequences for the economy and companies have barely begun, but we certainly expect it to change consumers' consumption mix, especially as we are yet to see the tight labour market discussed above translate to real wages.

While we believe the international travel recovery is just getting started and hence will be less economically sensitive, we believe higher living costs will result in declines in consumer discretionary categories that are trading well above pre-Covid trends.

China's growth indicators also look terrible on the back of the burst property bubble. The only hope we can see is for their government to direct stimulus to the infrastructure sector and towards the consumer.

And while we remain bearish on Australia’s iron ore sector due to these China growth concerns; the resources super cycle is in fact benefiting from the Net Zero transition. This remains an important theme and likely to support ongoing super cashflows and capital returns from resource companies. We are also keen to see significant improvements in the energy, construction and decarbonisation project pipeline that will benefit contractors such as Worley (ASX: WOR), Downer EDI (ASX: DOW) and Monadelphous Group (ASX: MND). Wage shortages and inflation are also expected to have a significant impact on miners’ costs and new project capital expenditures.

We expect to hear a lot more discussion about the domestic energy crisis and energy transition. Results for electricity generators face a wide range of outcomes given risks around hedge books, contract positioning and supply disruptions. Whilst these issues will dominate FY22 and FY23 earnings revisions, by FY24 these companies will have large earnings upgrades given energy pricing.

Investment style implications from the shift

We discussed a continuation of the performance reversion for Value in a paperback in April, the tide continues to turn for the value-growth dynamic, and we expect that we will hear more positive earnings per share (EPS) stories from Value companies than Growth companies when they report in August.

As the reporting season continues to unfold, our analysts will conduct over 100 meetings with management teams of Australian companies.

The most attractive companies to us will be those that can insulate costs from inflation while enjoying an uptick in revenue from the rising prices across the economy. We will be particularly focusing on how management updates their guidance in the face of short- and long-term inflation pressures.

Over the course of August, we will provide further updates on the key themes and stocks discussed here. In late September, we will also publish our semi-annual Reporting Season Wrap, which will bring together our full statistical framework, and key fundamental views and insights from company engagement.

Stay up to date with all these insights by hitting the follow button below.

Reece has held the role of Chief Investment Officer (CIO) of Martin Currie Australia (MCA) since 2006, and is also the lead portfolio manager for MCA’s Value Equity, Equity Income and Diversified Income & Growth strategies. In his time as CIO, the...