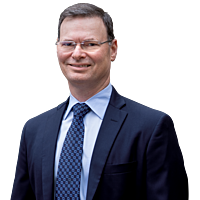 The idea of shorting has never sat well with me. I’m not alone, there was a gleeful “pile on” against shorters of GameStop (USA: GME) last year by retail investors which drove its price up from US$4.30 per share on 30 June 2020 to a high of US$380 only seven months later.

GameStop is a bricks-and-mortar computer game retailer whose sales decline was exacerbated by COVID and the acceleration of online shopping trends. This deteriorating business outlook prompted a wave of shorting by fund managers. Ultimately it was the desperate buying back of shorted stock (known as “covering”) that helped drive prices to these absurd heights.

It’s unlikely we will ever have a situation like GameStop in Australia. Before a stock can be short sold here, it needs to be “borrowed” from, and “rent” paid to, an existing shareholder. Not like in the USA, where “naked” shorting is possible. At one stage 140% of GameStop stock was shorted. Analysts at Goldman Sachs later noted that in America short interest exceeding 100% of a company's shares on issue had occurred 15 times in the prior 10 years. By contrast, the most shorted stock in Australia is currently 18% short and only four stocks are currently shorted by more than 10%.

It is the goal of the shorter to cover the stock at a price lower than they bought it. So unlike most investors, the shorter wants to see the price of the stock fall, not rise. The shorter profits from the misery of others – no wonder they are disliked.

Last year I explained shorting to my then 14-year-old daughter, Lilli. Of her own accord she came up with an analogy to describe it: “So it’s like asking your friend to borrow her pen in class, and then returning it to her with the end bitten.” Behaving like that at school doesn’t win friends.

In the stock market, as in life, there are bad actors. Shorting gives them an incentive to do harm. In 2018 and 2019 there was a spate of activist shorters targeting successful Australian companies such as Wisetech (ASX: WTC) and Corporate Travel (ASX: CTD) at times leaking misleading information as fact, and using overly emotive language. This strategy is known as “short and distort”.

ASIC cracked down and in Information Sheet 255 set out its expectations to promote market integrity during activist short selling campaigns, in order to maintain a fair and informed market.

Driving down a share price also makes it much harder for the company to address whatever problems need fixing. It may cause a breach of debt covenants, and it certainly makes it harder to raise capital. It may even cause a business’s customers and suppliers to avoid trading with it.

It’s definitely not being the type of good corporate citizen who will stick around and use their vote and capital to assist a company to improve itself – the G for Governance in ESG.

A more benign analogy for shorting is borrowing a car from a rental company, rather than driving your own because you fear a hail storm is coming. The point is that the active shorter of a stock has reason to believe the stock price is going to fall. Even when there is no malice, at the very least they are looking to take advantage of the naïve.

It’s not all bad

I’ve painted a pretty dire picture of the motivations and impact of short selling. But there is good too. In many ways, many investors and markets overall also benefit from the action of shorters.

Shorters act as a counterbalance against unashamed stock promoters or fraudulent management. For example, Enron had a peak market capitalisation of US$70 Billion. It had fooled investors and regulators with fake holdings and off the books accounting practices. This eventually led to its bankruptcy and the CFO being sentenced to a six-year prison sentence. Red flags had been publicised by a well-known short-seller, Jim Chanos, which accelerated its downfall. This had the benefit of stopping it raising further money from unsuspecting investors.

Short selling lowers transaction costs for all investors by tightening bid-ask spreads. A 2013 study across 30 countries demonstrated that average bid-ask spreads increased by 2% when there was a ban on shorting. (1)

Short selling improves the accuracy and efficiency of prices, primarily by ensuring that both positive and negative information about firms are more promptly reflected in prices. Another study from 2013 found that stocks in the top 10% of shorting activity incorporated new fundamental information into current stock prices at double the speed of stocks in the bottom 10%. It took 0.8 days for the top 10% versus 1.6 days for the bottom 10%. (2)

Even more positively, it was found in another study (co-incidentally also from 2013 – a big year for shorting research) that short selling volumes were higher on days with rising share prices than on days with falling. The net effect being that short sellers have a stabilising effect during down markets. (3)

Another beneficiary is the stock lender, as they receive a small amount of money as rent for the stock they own. This improves their return from holding the share. Right now in Australia, for highly liquid stocks the cost of “borrow” to the shorter is about 0.4%pa. But for situations where it is harder to find stock to borrow, most rates normally range up to 7%pa, but can get to the high teens in extreme situations.

Finally, for the short sellers themselves, who are very often also long investors in other stocks, it can provide the benefit of uncorrelated returns and portfolio beta reduction for downside protection.

I have written this article because shorting is not a black and white issue.

If shorting is done with appropriate safeguards, it does no significant harm and it can do a little good. Like many things in life, it becomes a problem if taken to excess.

At Monash Investors we do some shorting of stocks, but it tends to be a small part of our activities, because we look for absolute shorts and manage our risk exposure. Our short exposure has averaged only 5% of the portfolio since we started. We have mostly made worthwhile returns from shorting despite strongly rising markets. Over the last 3 years our Monash Absolute Investment Fund has delivered 23.5%pa after fees, of which shorting has contributed about 2.5%pa.

In down markets it has made a more significant contribution. For example over the last three months to 30 November, the market has been weak, with the ASX200 down -2.5% and the Small Ords down -1.5%. During this period our listed fund which is available as an ETMF – The Monash Absolute Active Trust (Hedge Fund) (ASX: MAAT) has returned +0.7% after fees. This +0.7% was almost entirely contributed by our short holdings.

Apart from extra returns, the biggest benefit to Monash Investors of being open to making short sales is that it fosters a mindset which makes us better long investors. It helps us avoid value traps.

Even with that, I can take no pleasure from shorting. Having been a professional investor for over 30 years, and taken my share of suffering from the dismay and stress of bad stock news, I feel genuine distress for shareholders and management when any company disappoints. However, on balance, there is a positive benefit to the market and our investors from shorting when done ethically.

Monash Investors Limited invest in a small number of compelling stocks that offer considerable upside and short expensive stocks that are at risk of falling. Want to learn more? Hit the 'contact' button to get in touch or visit our fund profile below for further information.