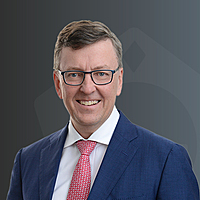 The global economy has only just commenced its recovery from the depths of the largest economic setback in modern history, yet stock markets have bounced strongly from their mid-March lows to be just 5%-15% below their pre-COVID-19 levels. This extraordinary recovery in stock markets stands in stark contrast to other periods of economic weakness, such as the global financial crisis (GFC), where even five years later, markets had not recovered to their previous highs.

The market’s response can most likely be attributed to the enormous monetary and fiscal measures taken by governments and central banks around the world. This leads to the obvious question, what happens next?

While we can identify attractive opportunities in individual stocks as a result of the market collapse, for the moment, significant uncertainty around future economic activity, together with high stock market valuations, are good arguments for investors to retain a cautious stance.

As lockdowns are lifted, economies will experience a strong ‘re-opening bounce’, but a full recovery is likely to be at least three to five years away. As we noted in our March 2020 quarterly report, the economy is “real” and labour is a key “factor of production”. If people are restricted from going to work, then activity will fall.

As such, we concluded, “economic activity will stop falling and start to recover when people can return to work”.

It is not surprising that we are seeing signs of a strong initial recovery. The question is, how close does this initial recovery get us to where we were before? Again, as we noted last quarter, after the GFC, which was a mild downturn by comparison, the US took three years to return to prior peaks in activity, Japan took five years and Europe took seven years.

We expect the recovery to take some time to play out again for the following reasons:

Once the initial re-opening bounce has occurred, it is likely that unemployment levels will remain significantly elevated relative to the pre-COVID period. Market forces will see excess labour eventually absorbed by an ongoing recovery and new jobs will be created, but it will simply take time.

While the development of a vaccine will accelerate the recovery, allowing certain industries to return more quickly, it is still likely that a return to prior peaks in economic activity will be measured in years.

It is almost certain that governments will continue to implement additional monetary and fiscal measures to support an economic recovery, but there are limits on what can be achieved.

Ultimately, the potential of any economy is limited by the “real” resources of labour, capital (being the plant and equipment in our factories, data centres and offices) and land (not just shopping malls and office blocks but also agriculture and mining). The government cannot create new productive capacity, it can only redirect existing resources, but during periods when the resources of the economy are not fully employed, it may make sense for them to do so. In recent months, government benefits have allowed the newly unemployed to buy groceries and pay their bills, reducing the impact of their loss of income on the economy. However, government spending represents a transfer of wealth from another sector of the economy – as governments need to fund their spending.

Normally, economists would argue that this is inflationary, and that it represents a tax on anyone who holds cash. It hasn’t quite unfolded that way though, with the consumer price index (CPI) in most economic systems remaining subdued over the past decade. You might observe, however, the loss of purchasing power in your savings by noting the inflation in assets, such as residential property, or the lack of a decent return on your term deposits.

On face value, the financial alchemy of quantitative easing has been an apparent success.

Over the last decade, central banks, hand-in-hand with their governments, have been able to resolve problems in their financial system, see their economies recover and maintain low interest rate regimes, without even the slightest appearance of this money creation being inflationary (unless you have an eye on asset prices).

This same financial alchemy has been front and centre in the funding of government spending in response to the current crisis. So far so good, with respect to placing spending power into the hands of many of those in need and the maintenance of low interest rates, again with no obvious signs of inflation (other than in asset prices).

Undoubtedly, governments will continue to push on with central banks funding their spending if economies do not recover quickly. Presumably though, there are limits on this approach. When considering the rapid increase in government debt around the world in recent months, it certainly gives rise to a question of sustainability. Fig. 1 illustrates the extraordinary increase in US federal government debt as a percentage of GDP. The US Central Budget Office (CBO) is forecasting the level of indebtedness to rise to near World War 2 levels by 2021.

Assuming that limits do exist on this financial engineering, we need to understand at what point these limits will be reached and what will be the implications of exceeding them? These questions are not easily answered, but certainly, possibilities include a rise in goods and services inflation or conversely, the global economy enters a period of Japanese-style deflation, as governments crowd out the private sector.

The creation of new money that has arisen from recent monetary and fiscal policies is highly likely to have been a major contributor to the unprecedented rebound in stock prices from the March lows.

Well known economist, Milton Friedman observed that, “Inflation is always and everywhere a monetary phenomenon in the sense that it is and can be produced only by a more rapid increase in the quantity of money than in output”.

Today, in the US, M2 (one measure of the amount of money in the financial system) is rising by a record annual rate of 25% (see Fig. 2), while economic output has collapsed. Of course, we haven’t been able to observe inflation in the traditional CPI that focuses on goods and services, as most are in excess supply in this downturn. Where we have been able to clearly observe inflation though, is in asset prices, particularly in bond markets (higher bond prices are the other side of falling interest rates) and parts of the stock market.

Fig. 2: US M2 Money Stock, Percent Change from a Year Ago As this new money has washed around the system, it has found its way to the shares of companies that are perceived to be immune, or that have even benefited from the economic collapse. Many of these companies have stock prices near, even well above, their pre-COVID stock prices.

In some cases, companies have benefited from the lockdowns, notably, e-commerce players that have seen an increase in the use of online shopping and other services (as discussed by our portfolio manager, James Halse, in the feature article of our June 2020 Quarterly Report, Will the Pandemic Change our Spending Habits Long Term?). Undoubtedly, the enthusiasm of investors for many of these companies is justified, in the sense that they have strong positions in their markets and look set to grow for many years to come.

If our analysis of the situation is correct, the risk for investors who own these popular names are two-fold. For any given company, a significant risk is they fail to deliver on their shareholders’ high hopes, a very real possibility given the long timeframes over which they need to deliver high levels of growth. The other risk though, is that the money creation process that has driven these rising stock prices slows, or even possibly stops, or that the money migrates elsewhere.

On the first point, as stated earlier, it seems likely that governments will want to continue spending to encourage a recovery and this should ensure the ongoing creation of new money, however, the current rate of growth may be hard to match. This assumes that potential limits on the levels of government debt discussed earlier do not occur at some point. As for the money migrating elsewhere, this is difficult to predict, but one possibility is that it flows into the real economy, as output steadily recovers over the coming years. None of this really helps with identifying the timing of any of these events, but to stay invested in these types of stocks is like being involved in the investment equivalent of a game of musical chairs.

The rest of the stock market, outside of these popular sectors, is behaving much more like one might expect in a major economic collapse. That is, their stock prices have fallen significantly and although they have bounced from their March lows, they remain well below pre-COVID levels.

Many companies in these out-of-favour sectors, when assessed against a likely three-year recovery period, represent attractive investments. It is amongst these companies that we see the real opportunities arising from the current crisis.

Typically, these companies either have greater sensitivity to economic growth, or in some cases have been directly impacted (e.g. travel-related businesses) by the lockdowns.

It is worth noting, that as the world recovered from the GFC, it was precisely these types of companies that made the best investments over the following two to three years. What is unknown of course, is precisely when we will see these investments perform. Most likely, this will occur with some swings and roundabouts, in line with the broad recovery in economic activity that we expect to come through over the next three years or so. Potentially, as government spending moves toward longer-term projects, such as infrastructure or decarbonisation of the economy, this could well accelerate the recovery for many of these economically sensitive sectors. These opportunities are further discussed in the Platinum International Fund June 2020 Quarterly Report. LIVEWIRE FUND PROFILE
Platinum Asset Management: Platinum International Fund (Quoted Managed Hedge Fund)
........
This article has been prepared by Platinum Investment Management Limited ABN 25 063 565 006, AFSL 221935, trading as Platinum Asset Management (“Platinum”). This information is general in nature and does not take into account your specific needs or circumstances. You should consider your own financial position, objectives and requirements and seek professional financial advice before making any financial decisions. You should also read the relevant product disclosure statement before making any decision to acquire units in any of our funds, copies are available at www.platinum.com.au. The commentary reflects Platinum’s views and beliefs at the time of preparation, which are subject to change without notice. No representations or warranties are made by Platinum as to their accuracy or reliability. To the extent permitted by law, no liability is accepted by Platinum for any loss or damage as a result of any reliance on this information.
save

Andrew joined Platinum as a founding member in 1994 in the capacity of director and Deputy Chief Investment Officer. Previously he was a Vice President of Bankers Trust Australia covering Asian equities and managing the BT Select Market Trust -...

T
Timothy Lim
19th Jul, 20
Given the level of quantitative easing, do you expect a currency crisis in mid term and how do you think it will unfold?

Get investment ideas from Andrew Clifford when you sign up to Livewire Markets.