Stocks are up, AREITs not so much. Why? 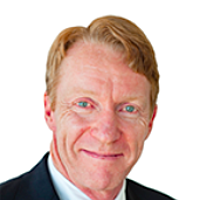 It’s a head scratcher alright. Over the past six months the ASX All Ordinaries index is up 9.37% while the ASX 200 index is up 8.56%. Despite recent negative headlines stocks are still higher than they were last August.

The same cannot be said for property trusts, or Australian Real Estate Investment Trusts (AREITs). The S&P/ASX 200 A-REIT index is up 6.30% over the same period, underperforming the wider market by 2.26%.

Investors and advisers might ponder the disparity and wonder whether it will continue. Understanding the three major reasons for the relative weakness in AREIT share prices over the last six months will help address the dichotomy.

1. Growth stocks are getting all the love

You could say that growth stocks have been flavour-of-the-month for months now. This has come at the expense of interest in lower risk, income investments like REITs.

Whilst it’s impossible to say with certainty, the so called ‘Trump Trade’, based on cash flow boosts to US corporates from lower tax rates, together with an expectation of higher wages and consumer spending, is driving positive sentiment in high growth and cashed-up businesses.

As in Australia, US REITs haven’t benefited from this positive sentiment. For the 12 months to January this year, returns for US REITs (as measured by the MSCI US REIT Index) have been negative at -2.49% against the local AREIT market return of positive 8.08%.  It isn’t just in Australia where REITs are being left behind.

The chart below shows the yield on 10-year US bonds. With bond prices falling, in the past six months the yield has risen from a low just above 2% in early August to 2.92% as at 22nd February, 2018. US bonds are selling off due to expectations of higher short end rates and stronger economic growth. In Australia, 10-year bonds have also appreciated, although not by as much. This impacts REIT pricing in both countries in a couple of ways. First, the discount rate used in REIT valuation models rises with the bond yield, which has a meaningful negative impact on valuations. Also, higher bond yields increase the long-term cost of debt servicing.

The pain of these impacts is now being expressed through relatively lower REIT share prices.

Long term AREIT investors shouldn’t be too perturbed. Whilst painful in the short term, the long term benefits of economic growth on commercial property aren’t in dispute.

Interest rates are rising because the global economy is starting to pick up strongly. That’s a good thing because it eventually leads to higher rental growth. AREIT investors should be patient and focus on the fact that this is a nice problem to have.

The other point is not to get too hung up on bond markets. At this stage in the cycle, moves in bond pricing can (and have) had a disproportionate impact on AREIT pricing. But long term data shows that property fundamentals are a bigger driver of returns than bonds.

That might be cold comfort at inflection points such as this, but it should prompt investors to adopt a mindset that focuses on long term fundamentals rather than short term movements in share prices.

Whilst it’s unlikely that we are entering a genuine bear market, some markets are priced to perfection, the US especially. This is now widely acknowledged, which could mean we’re in for a period of greater volatility.

Again, this calls for a long term perspective and an understanding that if markets enter a fearful period, conditions will rapidly swing back in favour of lower risk income investments like property trusts.

With a long term beta of 0.7 (that is, when markets fall by 1% REITs typically fall by 0.7%) – we could well see recent falls reversed in a matter of days. This, after all, is what happened in September last year, when markets were again skittish and fearful*.

The fact that AREIT prices have since retreated to where they originally were doesn’t concern us. In fact, given the fundamentals – especially rising rents and low vacancy rates in high quality commercial property – we’re more inclined to view it as a buying opportunity.

It’s this opportunistic approach that can produce market-beating long-term performance. We like it when short term investors panic sell because it is this that often delivers great opportunities to long term investors like us.

* Past performance is not a reliable indicator of future performance.