Structured finance and the opportunities for private debt investors 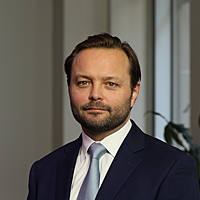 Australia’s Q2 2020 Gross Domestic Product (GDP) figures were released on September 2nd, 2020, revealing a 7% Quarter on Quarter fall, the largest since GDP records have been maintained, and three times the previous biggest fall which occurred in 1974. This data release confirmed the country’s first recession since 1991. Heightened volatility in investment markets has been displayed throughout 2020, particularly around March. Investors in funds which hold public assets such as bonds and equities would have experienced this volatility with a fluctuating unit price, due to the fluctuation in the Net Asset Value of their investments. This article explores an alternate asset class for investors which has seen some funds perform throughout 2020 without income and stable Net Asset Values – Private Debt funds investing through structured finance vehicles. The author of this article is the Portfolio Manager of the Aura High Yield SME Fund, a Private Debt fund which provides debt financing to SME lenders through the purchasing of securitised notes in lender warehouse facilities.

The Benefits of Private Debt

An example would be a trust which consists of a $90m class “A” note held by a private debt fund with an attached fixed rate of 4% and a $10m class “B” note held by the lender where the interest earned depends on the residual principal and interest repayments after the class “A” note has been paid. We’ll assume the facility is fully deployed into loan assets with a weighted average borrower interest rate of 6%. If all borrowers repay in full there will be $6m of income returning to the trust (6% X $100m), plus the $100m of capital, totalling $106m. $90m will first be repaid to the private debt fund to recoup its capital. Then $3.6m (4% X $90m) of this will also be paid to the private debt fund to satisfy its interest charged to the facility. The remaining $12.4m of capital is then paid to the lender. Now let's assume that there are 10% losses in the pool of loans. This means that $10m of the deployed $100m has fallen into default and been written off. There is now only $5.4m of income (6% X $90m) and $90m of principal returning to the trust. Again, the private debt fund will have a claim on the first $93.6m to repay its capital and interest charged to the facility. The remaining $1.8m is claimed by the lender. This would mean that the lender has made no interest and has lost $8.2m of its capital, while the private debt fund has incurred no loss of income or capital. Under this example, losses in the pool of loans would have to reach 11.70% before the private debt fund’s income is impacted, and 15.09% before its capital would be impacted.

Net Asset Value or NAV is equal to a fund’s or company’s total assets, less total liabilities, divided by the number of outstanding shares or units. Funds which hold public assets that are priced to market see regular fluctuations in the total assets section of the equation, thus fluctuating the NAV. As an example, when credit margins increased in March 2020, the value of bonds and floating-rate notes held in public debt funds depreciated in market value, irrespective of any impairments on the underlying loans. (There is an inverse relationship between credit margin and price, in other words, when investors deem a credit asset to be more risky, they will demand a higher yield to purchase the asset. This increase in yield will result in a lower capital value of the bond or floating rate note). Investors in such funds would notice the depreciation through a fall in the NAV, which would be reflected as a lower unit price. On the other hand, private debt funds investing through structured finance vehicles would only see the NAV fall below $1 if losses in the pool of loans are greater than the lenders claim on interest, lenders committed equity capital, and the private debt fund’s interest charged to the facility.

Private debt funds investing in this asset class will typically receive their income on a monthly basis, as loan repayments are due to the fund monthly. As the interest income is received by the fund, the fund's NAV appreciates beyond $1 as the fund’s total assets increases by the value of the income. Once this income is passed on to investors through monthly distributions, the NAV returns to $1. Investors may choose to receive this monthly income in cash or reinvest their earnings at the maintained $1 NAV.

Brett Craig is a Director at Aura Funds Management, Head of Fixed Income Funds and Portfolio Manager for the Aura High Yield SME Fund. The fund has recently passed its third anniversary, celebrating zero disruption to income, capital or NAV, including through 2020. The fund has been recognised as the third top performing credit strategy fund for the first half of 2020 in Asia-Pacific by Preqin, a fund performance data aggregator which tracks the performance data for over 1,500 funds based in Asia-Pacific. Throughout H1 2020 the fund produced an annualised return of 9.12%, with investors realising a standard deviation in their monthly distributions of 0.01%.

........
This Article is dated October 2020 and has been issued by Aura Funds Management Pty Ltd (ABN 96 607 158 814, Authorised Representative no. 1233893 of Aura Capital Pty Ltd AFSL no. 366 230, ABN 48 143 700 887). This Article is for information purposes only and does not constitute an offer or invitation for the subscription, purchase or transfer of units in Aura High Yield SME Fund (Fund). Accordingly, this document does not constitute an information memorandum, prospectus, offer document or similar document in respect of units or the Fund. This document is only directed at persons who are wholesale clients within the meaning of the Corporations Act. All information and opinions expressed herein are subject to change without notice. Neither Aura Funds Management Pty Ltd nor its affiliates, associates, directors, officers, agents, employees or advisers warrant the accuracy of the information provided in this document. The offer of units in the Fund will only be made in, or accompanied by, a copy of information offer document. This Article contains only indicative terms. Investors should read the offer document, and in particular the risks section therein, before deciding to vest in any securities. Every care has been exercised in compiling the information contained in this presentation. Past performance cannot be used as an indicator of future returns. Information on taxation is for general information purposes only and cannot be construed as taxation advice.
save

Brett is responsible for portfolio management and asset origination for the Aura High Yield SME Fund. He has over 15 years’ experience in sales, origination and analysis of debt finance.