As interest rates begin their gradual ascent in Australia, there are a lot of nerves in the domestic property market. Dr Philipp Hofflin from Lazard Asset Management believes these concerns are well-founded, singling out a couple of eyebrow-raising metrics.

In 2019, Dr Hofflin wrote that forecasting the "timing of any (real estate) downturn would be difficult, if not impossible, to predict." Since then, interest rates have continued to bottom, boosting domestic property prices. Based on the metrics above, it looks like a residential property decline could be coming sooner rather than later In this episode of Expert Insights, Dr Hofflin discussed his research on global property busts and compares that to the domestic market. He also discusses the implications of declining residential property values for equity market investors.

Do you have a base case on the outlook for residential property prices?

Look, we don't try to forecast property prices. We really see that as a risk. It's a risk that was off the table for a little while because rates were very low and the environment was very favourable, but it's a risk that has returned. It's returned because of three factors if you will.

The first one is that we've had another very significant rise in prices. In fact, during the period preceding the GFC in the US, property prices rose by the equivalent there of 60% of US GDP. Well, we've just done a lazy 100% plus in three years. Residential values rose by two and a half trillion dollars over the last three years, they hit over 10 trillion at the start of this year. And you can see this dwarfs really any other asset price in the country.

A slightly more positive angle is that during the last three years, debt levels didn't increase an awful lot compared to household incomes, but they did remain almost double US level. They didn't get any worse, but they didn't improve either. And lastly, of course, there's the question of rates finally rising. And the question is, of course, all about how far will they have to rise and how much pain will be inflicted on that market. That combination of a starting point is really obviously where the risks arise from.

Are there parallels between the Japanese property bubble and the current Australian market?

The concern is that we have just either equaled or beaten probably, the record that Japan set for the ratio of all the value of residential land in Japan to a GDP, which was over 330%, and the price to income ratio in Japan in 1990. We've just beaten that record in Australia, which is not a great starting point.

The effect it had was on the Japanese economy and people now talk about the lost decade or decades following that. That is really the risk. The risk is that, like in Japan, if house prices start to fall, people want to repay their mortgage. They want to reduce debt. And debt really is the driver here. There have been, over many years, a lot of debates about why do we have such expensive property values? And there have been sort of three schools of thought if you will. And they're not exclusive necessarily.

One is obviously just rates and availability of debt. The other one is demand and supply of housing. And the third one was, is it just foreigners, foreign capital coming in, driving the market up? And to a significant degree, we conducted what an economist calls a natural experiment. We kept people out, so no more population growth, but we kept on building. There was no more capital coming in and we cut rates to zero. And I think the results speak for themselves.

It's pretty clear that yes, interest rates and availability of debt, your borrowing ability is what drives Australian property prices.

And I've included here a chart, which come from Gerard Minack, a wonderful chart because it covers 110 years of history, and shows how tightly linked have been the ratio of property price to GDP and credit to GDP. As again, Gerard likes to say, the price of Australian housing is not determined by the demand and supply of housing. It's driven by the demand and supply of debt.

What are the flow-on effects of falling property values for equity investors?

It is certainly a risk that we have in the back of our minds when we think of the interest rate sensitive parts of the economy consumer discretionary spending and the like. And it does have an impact on how we see the banks. We bought into the banks in a fairly significant way in the last quarter of 2020. And a lot of them, or three of the major banks certainly, traded at book or even NTA. But we are now selling them, despite the fact that there's no doubt that interest rate rises will help the net interest margin of the banks.

But the market is now quite focused on the benefits that come there. And they're mean-reverting, if you will, normalising the NIM in the bank sector. What they're not doing is normalising any credit cost. People have a consensus that has that at astonishingly low levels, despite the fact that there are clearly some challenges ahead. And we don't know how far rates will in fact rise. We always normalise all the drivers in the P&L and that's why we are a little bit more negative again on these banks. And why have been net-sellers.

There are a couple of other flow on effects. I mean, perhaps the most dramatic one is just that we differ from the current futures of where interest rates are headed. I think last time I checked, a futures market had Australian cash rates at well over 3% by the middle of next year. And we're very sceptical that our property market can sustain this.

By the time you include a 20% deposit, that lowers your ability to pay by let's say 8%. 200 basis points will translate into a 16% hit to property values. And it is roundabout at that level where things can become very uncomfortable because you're near that place where you risk a loss of faith in the market.

If you do get to that point where the public loses faith in the housing market, they will change their behaviour. They will want to de-gear, they will want to sell, they will want to save more, they will reduce their spending because they've changed their view of the future. That's the big risk. We think that if you start getting a house price drops, yes, perhaps if it goes past 10, 15%, I think the RBA would be wise to hold off because I think rates, as they're currently forecast of over 3%, to us at least, seem unrealistic given where property prices are.

You can access more insights from Dr Philipp Hofflin by clicking on the wires below: 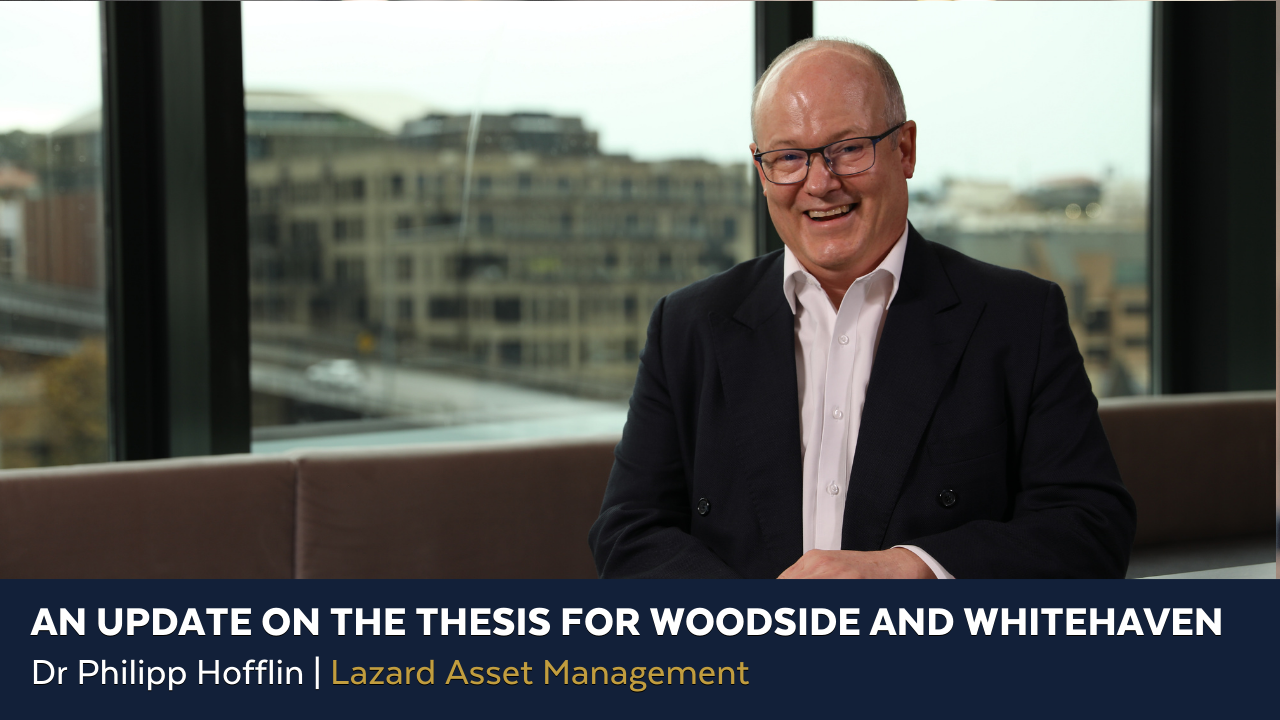 Equities
Hofflin: An update on the thesis for ASX energy stocks
View 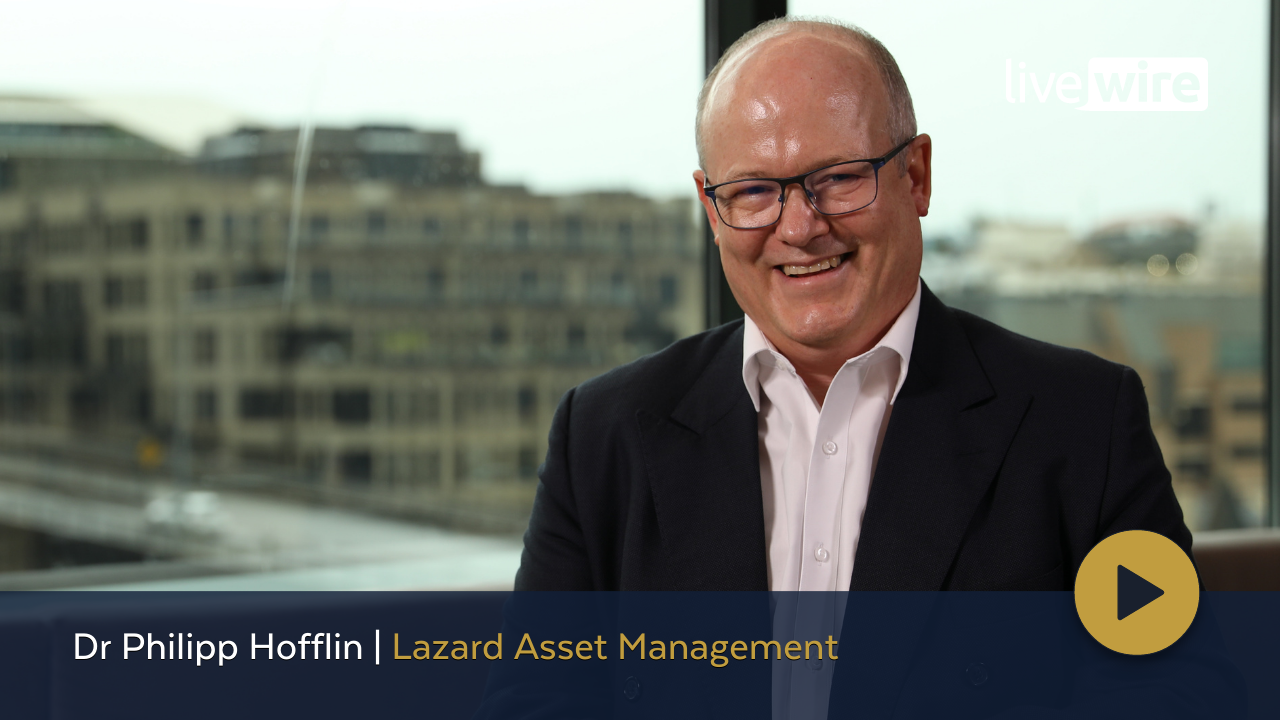 Asset Allocation
Has the opportunity in Value stocks already passed?
View
........
Livewire gives readers access to information and educational content provided by financial services professionals and companies ("Livewire Contributors"). Livewire does not operate under an Australian financial services licence and relies on the exemption available under section 911A(2)(eb) of the Corporations Act 2001 (Cth) in respect of any advice given. Any advice on this site is general in nature and does not take into consideration your objectives, financial situation or needs. Before making a decision please consider these and any relevant Product Disclosure Statement. Livewire has commercial relationships with some Livewire Contributors.
save

S
Sam Graham
7th Jun, 22
Good article James. It will be interesting to see how the anticipation of interest rates rising will affect consumer confidence well before interest rates actually rise to these levels. I am starting to see people stand offish towards purchising property amidst the hiking cycle even though it is just starting. That poses the question, will the uncertainty of cash rate hikes be enough to dampen prices to a level where the RBA is forced to cease raising rates? Interesting times.

James Marlay
7th Jun, 22
Hi Sam, I think you raise a good point and with the media cycle so switched on to property prices (Livewire included) you get the feeling that the heat could come out before rates move too far. By the same token - rates are ridiculously low by historical measures and I don't think the RBA will only be looking at the property market. We're putting together a survey that covers some of these issues and it will be goods to gauge the views of Livewire readers.
D
David Zacharia
8th Jun, 22
James, if you use the same mortgage calculator to include a 5% wage growth which is realistic in a tight labour market, even if cash rates were to go up another 1.5%, the effect on borrowing limits would sit closer to a 10% reduction in housing prices. Which I think is factored in for investors
A
Asad Khan
8th Jun, 22
What an excellent talk. A wild card is government regulation say tightening on things such as energy use, widening of tenant rights, can have a negative impact on property returns.
C
Carlos Cobelas
8th Jun, 22
whilst I agree that our property prices will and should fall substantially, comparisons with Japan that keep coming up are not valid. Japan has had declining population versus Australia having one of the highest levels of immigration in the OECD ( except during COVID ) . Japan has 28% ( and rising ) of it's population over age 65 and a very low birth rate versus Australia 16% over 65 and a higher birth rate.
R
Robert Fantozzi
8th Jun, 22
Interesting article but. i think there are other factors that also influence property values.. Japan population density about 340/km^2. Australia you 3/Km^2. Japans migration policy, no foreign migration . Japan's fertility rate 1.36, Australia 1.6. and we have a migration policy that has resulted in 200K migrants/year for many years Country wealth per capita GDP $US , Australia $52k Japan $40K I think these are important difference that should be taken into account in any comparison between japan and australian property markets. Then in Australia we have the usual tug of war between the feds and the states and the local councils. All three have access to control levers over housing. The "improper " use of these levers has caused substantial distortions in the property market.
A
AndrewR
9th Jun, 22
The RBA wasn't concerned about house prices as they dropped rates. Why will they be concerned about values if the goal is to get inflation down? Isn't it just wishful thinking hoping they stop hiking when the hurt sets in?
a
al hay
9th Jun, 22
All right James, so if a lot of property comes back on the market, where do people reside with such a very tight rental market?