The unloved retail stocks that could be a good buy 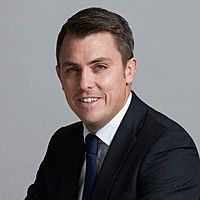 Since the equity market lows in December 2018, investors have chased offshore earnings to escape falling house prices, weak consumer and business sentiment, and uncertainty driven by the Federal election.

The February 2019 reporting season highlighted this; economic bellwether companies Costa Group, Bingo Industries and Boral downgraded earnings before their results announcements and contributed to a rout on domestic cyclical sectors. While the sector faces its challenges, it is not as dire as market participants make out.

Investors instead turned to companies generating strong organic growth in offshore markets. Examples include IDP Education, Lovisa Holdings, Breville Group and Altium, which have thrived over the past few months given their franchises’ strong performance overseas and expanding market share. In fact, five companies (four of them in the technology space) drove more than 31 per cent of the S&P/ASX Small Ordinaries Index’s performance during the March 2019 quarter.

With investors focused on offshore growth, the valuation differential between growth and value companies has never been greater.

Goldman Sachs research shows that companies trading on high price-to-earnings multiples have reached an average of 34 times. This level is 39 per cent above the long-term average and surpasses the previous high reached in the “tech bubble” of the early 2000s. Meanwhile, cheap companies are continuing to get cheaper, trading at a 49 per cent discount to the market.

Is it really that bad out there? In our view, there are plenty of opportunities for unloved domestically-exposed companies and there is potentially no sector less loved than discretionary retail.

Dig beneath the bad news

Many headlines of the past six to 12 months have focused on the death of retail. Equity analysts covering the sector have seemingly given up on a number of companies due to fears about online shopping, consumer pressures and increased competition. Earnings forecasts for companies such as Myer, JB Hi-Fi and Harvey Norman are either flat or declining over the next three to four years, which means there are low expectations for these companies.

Leading into the February reporting season a number of discretionary retailers such as The Reject Shop and Kathmandu delivered earnings downgrades, which worsened investors’ concerns about the sector. Despite the negative start, the sector performed strongly over the February reporting season with 31 per cent of companies delivering earnings upgrades. While the sector faces its challenges, it is not as dire as market participants make out.

The Australian Bureau of Statistics (ABS) retail sales statistics have grown over the past six months. While December retail sales were weaker than expected, we saw a pull forward of expenditure into November due to the Black Friday and Cyber Monday sales.

Falling house prices undeniably affect discretionary spending and consumer sentiment. But investors should not forget that unemployment and interest rates remain at record lows. Further, the tax cuts recently announced by the Federal government and Opposition will provide an annual boost of about $8 billion a year to consumption growth, primarily delivered to small-to-middle-income earners.

In our view, the retail sector suffers from excess noise and this means investors can benefit from selecting the best companies that can withstand – and even excel – in this retail environment.

Myer is a business that offers investors a great opportunity to take part in a turnaround of a brand that has been decimated through poor management over the past 10 years. New CEO John King’s customer-first strategy is beginning to pay dividends and we have only just started to see the impact of cost savings from discontinuing loss-making brands and reducing rental and head office expenses.

We believe these cost savings will be reinvested into staff, service and the quality of stores. As competitor David Jones is struggling, we see a great opportunity for Myer to regain the trust of the Australian shopper consumers. According to Bloomberg, there are nine analysts who cover Myer with no buy recommendations and five neutral and four sell recommendations. Average earnings expectations are forecasting minimal profit growth over the next three years which shows there is little conviction within the market that this strategy will work. This makes a compelling case for investors.

Premier Investments is run by one of the best management teams in the Australian market. Premier’s high-growth Smiggle brand has struggled recently due to the uncertainty created by Brexit in the United Kingdom, but its other brands such as Peter Alexander have performed strongly.

With a net cash balance sheet and holdings in Breville and Myer, Premier has capacity for acquisitions or capital management. With Smiggle’s growth story halted but not broken, we believe Premier is a strong offshore growth story with an attractive valuation.

While Harvey Norman’s Australian business is more susceptible to falling house prices, if you strip out the property holdings and international businesses, we estimate that the Australian business is trading at a highly attractive of valuation of 4 times enterprise value/earnings before interest, taxes, depreciation, and amortisation (EV/EBITDA).

Stay up to date with the latest news from WAM by hitting the 'follow' button below and you'll be notified every time I post a wire, or hit the 'contact' button to get in touch with us.

Oscar has more than 14 years’ experience in financial markets. Before joining Wilson Asset Management, Oscar worked as a sell-side Analyst at CLSA and three years’ at Grant Thornton working in transaction advisory services.

Get investment ideas from Oscar Oberg when you sign up to Livewire Markets.