Welcome to the new Roaring 20s 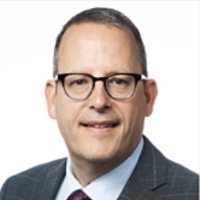 The 20th Century didn’t get off to a great start. The First World War produced death on a previously unknown scale. Then, in its final year, a global influenza pandemic broke out, with returning soldiers critical in helping it spread. The toll is believed to have been about 50 million lives, far more than the war itself.

Recovery came slowly at first, and then rapidly. A wave of economic, cultural and political advances swept across Europe and North America. Women won the right to vote, new styles of architecture emerged, along with jazz and other forms of popular entertainment like movies and radio. Automobiles became commonplace, aviation turned from a hobby into a business and the beginnings of what we now know as a consumer society took root.

Historians view this period as the birth of modernity, a break with the traditions of the past and a step into a new world fuelled by widespread prosperity, economic growth and innovation. Lots of people were having a really good time.

The parallels between the end of a world war and the Spanish flu pandemic and the current Covid-era aren’t exact but there is an overlap.

Just as they did in the post-war era, governments have turned on the money spigot. The US Government’s various stimulus packages are multiples of the amounts deployed after the global financial crisis. Programs of this scale were previously unthinkable outside of wartime.

In both periods, people needed to take shelter before emerging from it with gusto. As Covid recedes, people are eager to get out, spend and enjoy themselves, just as they were in the 1920s, albeit without the fatalism and survivors’ guilt of that era.

Here in the US, the effects of widespread government intervention in the economy and a successful program of vaccination mean the economy is rapidly recovering and set for further growth, led by spending on entertainment, travel, sport, outdoors and health and wealth.

Along with the enormous stimulus spending, record low-interest rates create the backdrop to a consumer-driven boom that resembles that of the Roaring 20s. With employment growth and wage growth set to accelerate, more capital will be in the system and much of it will be spent.

Property is integral to any economy and the changes we are about to see will be the source of enormous opportunity. Demand is also set to rapidly increase, driving rental revenues and cash flows.

These trends will be generally good for owners of real estate but some sectors will fare better than others. Here’s where we’re looking for the biggest winners:

The flow of goods via e-commerce, on-shore domestic manufacturing and higher levels of inventory will be a significant demand generator for industrial property. Excess demand in supply-constrained markets will create rental tension and very strong revenue and profit growth. This sector has already benefitted from the expectations of these effects but there is still some way for them to run.

Demand for larger-sized homes that allow for more employees to work from home will increase while expansion and renovation projects will have huge ripple effects across several sectors, including rental housing and related consumer products.

Americans love to shop but they also like convenience. Malls tend to be further away, sometimes difficult to access and often with parking constraints. The experience can be fraught and time-consuming.

This will increase the appeal of convenience-driven open-air retail centres. Located a few miles from home, they offer frequently needed grocery, restaurant/food and entertainment services. With more people working from home, these local centres will become the hub of a local community, offering a mix of uses to increase value.

The pandemic has accelerated the shift to online activity, requiring higher data transmission speeds and greater capacity. This plays into the hands of the mobile tower REITs. Demand for new 5G services will accelerate as consumers enjoy the benefits of more and faster data. The major US mobile service providers are spending $35 billion a year this decade to prepare their networks for the next two decades of data growth. The number one real estate beneficiary of this megatrend is the mobile tower REITs.

The death of the office is overdone but changes are afoot. We expect new, modern and well-located properties in the urban core and the suburban markets to hold up well. Older assets with poor layouts and fringe locations will likely see further erosion and eventual conversion to residential. Age and efficiency of the properties will be paramount, along with the type of user.

Tenants from the life science, defence and cyber-security sectors will need more buildings dedicated to their unique requirements while more generic users are likely to move to a hybrid work model. With some employees working from home a few days a week, we expect existing office space to require more open spaces and meeting rooms. The key will be modern, airy spaces that encourage collaboration rather than the cubicle farms of the past.

Already, we are seeing employers respond to these needs. This New York Times story on Google’s office plans illustrates how the office of the future is likely to look, feel and work differently. Not every office will be remodelled along these lines but future workplaces are likely to be more than desks, meeting rooms and bathrooms. And that will require more space per employee rather than less.

Revenge spending on domestic travel will be a theme of the Roaring 20s. Auto sales are already at record levels, flights are filling up and leisure hotel rooms are fully booked out. Much of this demand is for outdoor activities, suggesting a resurgence in spending that will have a positive impact for years to come.

In the US as elsewhere, the pandemic completely disrupted our daily lives. Thankfully, science prevailed and, while we might not see a complete eradication of the virus, it will become manageable. Already, more normal lives are resuming.

The toll on human life has been tragic and the psychological scars will linger. But the best therapy, as people understood a century ago, will be to get out and experience life to its fullest. The revenge spending that follows will lead to more prosperity for most Americans and will benefit many segments of the economy, including real estate.

When we launched the APN Global REIT Income Fund this time last year, we committed to delivering “a consistent and relatively high level of income compared to the Benchmark” which, I’m happy to say we have delivered on.

But what has the team excited are the opportunities for capital growth. With an economy roaring back into life, cashed-up consumers can’t wait to get out and spend. As for commercial property tenants, they’re preparing to remodel their environments for their staff and customers.

As an active manager, the post-pandemic boom will be rich in opportunity, not just for income but particularly capital growth.

David joined APN in 2019 as Regional Adviser and has more than 30 years experience across North American and global real estate markets. He worked for 15 years as a CIO, Portfolio Manager and Securities Analyst in global real estate securities...

Pamela Glickman
19th May, 21
Interesting article, such an interesting coincidence that a global pandemic occurred at around the same time last century.

Get investment ideas from David Kruth when you sign up to Livewire Markets.