Why the earnings correction is yet to manifest in global markets 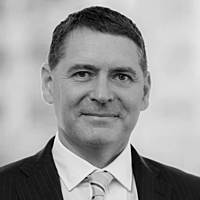 With many economic indicators pointing to a slowdown most investors have been keenly watching emerging earning trends for signs of an earnings slow down or correction. In Australia we are only starting to see results for the August reporting season and it is too early to generalize but globally the majority of corporates have already reported. With the global results largely complete we can report a very minor -0.5% decline in earnings expectations for the next 12 months since 30th June. Indeed since early this year we have only seen a very modest -1.1% decline in earnings expectations for the next 12 months.

As shown in figure 1 above, the average earnings correction in the last 24 years has been a decline of -27 % on average. By historical standards the current EPS correction is either very small or may have more to play out if economic conditions deteriorate.

Figure 2 below shows the long term positive trend in EPS since 1998. The earnings have shown a positive long term trend growing at an annualized rate of 5.3% p.a. on average over the last 24 years. Also shown are the major earnings corrections that have occurred during past economic slowdowns.

Breaking the cyclical and defensive classification down even further we can see even greater contrasts. In Figure 4 the green bars represent the defensive sectors and the red bars the cyclical sectors. Healthcare and Consumer Staples are the standouts only correcting -3% and -7% respectively during these past earnings recessions. In contrast Financials (-37%), Materials (-57%) and Energy (-65%) have historically seen the biggest negative percentage declines in earnings expectations during economic slowdowns and earnings corrections. This is especially relevant for the Australian market as these sectors make up a large proportion of main benchmark, the S&P/ASX 300 Index and are widely held.

With results in for the majority of global equities the earnings season has proven largely resilient so far. If a recession is really on the cards as many economic indicators are suggesting then we could well see further earnings declines in coming quarters. This is especially true for the more cyclical sectors like Financials, Materials and Energy and is especially relevant for many widely held stocks within the S&P/ASX 300 Index.

For more details on how State Street Australia Equity Fund can play a part in your asset allocation, click the contact button below, or visit our website for more information.

Bruce is Head of Active Quantitative Equity - Australia, for State Street Global Advisors. He has over 20 years' experience, covering Australian and global equites, long and short equities as well as global macro strategies.