Why we like the senior debt of the big four banks 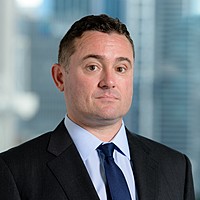 Only a decade removed from the Global Financial Crisis (GFC), it may seem a bit counterintuitive to label banks as more of a ‘cushion’ than a ‘cause’ of the next cycle. However, due to dramatic fundamental changes that have occurred post-GFC, we believe that banks today are much more defensive from a fixed income investor standpoint than they were during the depths of the crisis. Our view is underpinned by a two-pronged concept we call foundational oversight, which has benefitted creditor confidence.

Nevertheless, banks will not be immune to challenges that arise from the next downturn given their critical role in intermediating risk. In our view, as the implementation of resolution regimes across global banking jurisdictions continues, investors need to be increasingly cognizant of where their debt lies in a bank’s capital structure. The next crisis, some senior bank creditors could be called upon to explicitly take losses. In this context, we favor the senior debt of the major Australian banks for capital preservation and liquidity.

The GFC offered many lessons for equity and creditor investors, not the least of which revolved around the interconnectedness of the global banking system and its impact on market liquidity. When the music stopped, global banks had accumulated losses of nearly USD $2 trillion between the period 2007 and 2011.

While much has been written about the causes of the GFC, from a bank standpoint four important themes stand out. First, a focus on meeting near-term profitability and incentive compensation targets drove elevated risk appetite across the sector, leading to very poor underwriting practices and a severe deterioration in asset quality. Second, capital levels were too low relative to these growing risk exposures and provided limited margin for error. Third, a funding mismatch between long-term assets and short-term liabilities, most notably across large capital market intermediaries, exacerbated asset price declines as market participants’ reduced leverage and sought to shed risk. Finally, global banking regulators were behind the curve and failed to act as proactively as was needed.

Figure 2. Default risk spiked quickly but without government support, the impact would have been catastrophic

While systemically-important banks were at the center of the downturn in 2008/2009, pricing in a very high likelihood of default in the credit default swap (CDS) market (see figure 2), the contagion effects reverberated well-beyond just the financial sector. This included a non-financial corporate such as International Business Machines Corp, or IBM, which saw its 5 year default risk soar to unprecedented levels despite its nonexistent role in the underlying crisis. Though governments around the globe eventually responded by providing extraordinary support to financial markets and to banks, the situation would have been far more disastrous had they not (see Figure 2).

We believe that the concept of creditor “confidence” across the global banking system was severely underappreciated pre-GFC. As Warren Buffet has stated,

“Credit is like oxygen. When either is abundant its presence goes unnoticed. When either is missing, that's all that is noticed. Even a short absence of credit can bring a company to its knees”.

While a nonfinancial corporate generally has time to work its issues (absent idiosyncratic risks such as fraud), a bank has no such luxury and is vulnerable to the loss of creditor/depositor confidence. It is for this reason that the RBA instituted a deposit insurance scheme in 2008 and also guaranteed wholesale funding of the largest banks. Confidence is absolutely critical for a bank.

The above insight is an extract from the Banks Will Act More as a Cushion Than a Cause in the Next Cycle white paper. You can read the full version below.

We invest in a diversified, high quality portfolio of Floating Rate Notes, ADI certificates of deposits and overnight cash deposits. Significant credit analysis is undertaken on each issuer and security to determine whether they meet our investment criteria. Stay up to date with our latest insights by hitting the follow button below.

pdf attached
Banks Will Act More as a Cushion Than...
save

Simon is Head of Australian Cash and Bonds in the Cash and Fixed Income Group. He is responsible for the management of index cash funds, stock lending collateral and domestic bond strategies in Australia.