Will technology destroy jobs and inflation? 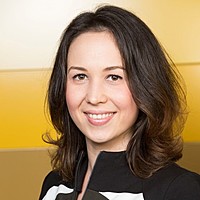 The pace of technological inventions and improvements continues to grow but anxiety and fear around the impact of these changes to jobs is lifting even more. The focus of new technology in the market this year has been around “machine learning”, which is a subsect of artificial intelligence that deals with a machine reading large data sets to recognise patterns on its own, make predictions and complete tasks – skills that have largely been completed by humans.

In the 1930’s, the great economist John Keynes coined the term “technological unemployment” which is simply the loss of jobs caused by technological change. So, concern about the rise of machines doing the tasks of humans is nothing new. History tells us that although machines have displaced humans in some occupations (just look to the agricultural, manufacturing and transport sectors for examples), there has been no mass rise in unemployment because new jobs have been created from tech disruptions. But, what is different about the current environment is the very significant increase in the speed and power of machines that are allowing more cognitive tasks (previously done by humans) to be done by machines across all industries (not just manual industries like manufacturing).  If machines can replicate human brains and skills at a phenomenally faster pace than humans, then what does the future of the labour market look like? Will technology cause mass unemployment across developed economies in the next ten years? We answer these questions in this Econosights.

Where is technology destroying jobs?

In net terms, technology hasn’t and isn’t currently destroying jobs. But, technology is helping to create a distortion in the labour market known as “job polarisation”. Job polarisation refers to a decline in middle-skill jobs while the share of low-skill and high-skill jobs increases. Some of the drivers of job polarisation include the impact of technology on jobs (through machines taking on human skills) as well as jobs going overseas. Middle-skill jobs tend to be more susceptible to displacement by technology because jobs in that group tend to be routine-based manual or cognitive tasks (e.g routine manual jobs include construction, transportation and production jobs and routine cognitive jobs include sales and office occupations), which means they can be learned and replicated by machines. High-skill jobs tend to be harder to replace by machines because they are non-routine and cognitive based (e.g. management and professional jobs), which requires human judgement and expertise. At the other end of the spectrum, low-skill jobs are usually non-routine manual tasks (e.g. service-based jobs that are related to assisting others like in cleaning and gardening), which are also difficult to replace by a machine.

This polarisation in the jobs market is evident in Australia (see chart below) where middle-skill routine jobs are shrinking: The broader economic impact of a slow-down in middle-skill jobs is the negative impact on middle incomes, which are at risk of further stagnation. This may lead to further income inequality issues and aggravate already frustrated households.

A widely referenced report by Frey and Osborne in 2013 suggested that 47% of jobs in the US were at risk of “computerisation”. Other studies suggested that 40%-44% of Australian jobs were susceptible to computerisation. These are large numbers and do indeed sound terrifying. But, these estimates grossly overestimate the impact of automation. They assume that whole occupations are susceptible to automation rather than specific tasks within an occupation. Each occupation has components in its role that are routine, non-routine, manual and cognitive. The OECD (in 2016) found that when specific tasks within an occupation were singled out as being at risk, the share of jobs susceptible to automation were around 9% across the OECD − much lower than the ~50% floated by Frey and Osborne.

A great example of tech displacement is a bank teller job. The rise of ATM’s in bank branches across the US over the past 50 years eliminated the demand for bank tellers. But, this didn’t result in a loss of jobs at bank branches. The cost efficiency of ATM’s decreased expenses for banks, which allowed more branches to open (by around 40%!). The job that the bank tellers used to do transformed into a more personal and customised experience for the client where the branch staff could sell more products and focus on customer service. The rise of ATM’s placed more emphasis on those personal, customised tasks and gives them more importance.

Routine middle-skill jobs and incomes remain at risk of further downside over the next five to ten years as new technology continues to rise. But these advances in technology will also allow productivity gains and cost benefits for firms that will allow a change in tasks for occupations (just as it did with bank tellers). Technological change will allow new roles to be created (who would have thought 50 years ago that there would now be jobs as an emoji translator!).

As new inventions and enhancements in technology will continue, our demand for products will change. Some industries will decline as a share of the economy, but they will be replaced with other industries (likely to be in the services sector as the population ages and the economy becomes more services-based). In Australia, manufacturing jobs have been declining since the 1900’s but have been more than offset by services jobs (see chart below). Workers need to be ready to adopt new technologies, learn new skills and retrain to remain competitive. But there is no need to fear technology. Technology can make humans more creative, improve productivity for the economy (that has been lagging over recent years) as well as improve living standards (e.g. usage of new technologies in medicine) across the global economy, particularly in developing countries. Adoption of new technology, particularly around machine learning or robotics is only just starting and mass acceptance by households and businesses might only occur in five to ten years once costs have decreased.

What is the impact of technology on inflation?

Technological improvements are a long-run factor behind lower inflationary pressures. The largest deflationary risks occur when economies of scale are reached and there is increased production efficiency. The newest form of technology (machine learning) that will become more widely used over the next few years are yet to make a noticeable impact on inflation because they are still new technologies and there has not been a mass adoption by firms and governments.

The current low inflation environment is predominately caused by GDP growth running below its “potential” which has created spare capacity. But, growth is recovering in the major advanced economies, and inflation will lift (slowly) with that process. We think that the risk for 2018 is stronger inflation than is currently priced by markets.

The pressure on middle-income wages will continue and should be monitored. In the US, low-wage and middle-wage industries are receiving pay rises while high-wage industries are lagging behind. In Australia, wages growth has been uniform (and low) across the income quintiles over recent years.

Does the government have a role to play?

Governments become involved when it comes to helping workers that may become displaced from technological shifts to retrain and learn new skills. Research from the Reserve Bank has indicated that jobs with a high level of post-school qualifications have a lower potential of automation. So, the focus on “STEM” subjects (science, technology, engineering and maths) in schools and universities should be continued. Government programs to encourage training programs (such as apprenticeships) are important.

Investors should not be worried about mass unemployment across the advanced economies caused by technological disruptions. But, middle-skill jobs and incomes will continue to be at risk by technology which is likely to create continued angst in these population groups.

Technology is a long-run factor that has been helping to keep a lid on inflation.  Movements in the business cycle are still the most important driver of current inflation trends. Growth in the advanced economies is lifting (particularly evident in the US). Inflation will move higher in 2018 and we think this risk is under-priced by markets. Global equities remain in a sweet spot in this environment, as inflation remains low, central bank monetary policy is still easy and global growth is strong and rising.

Diana joined AMP Capital in 2016 as an economist within the Investment Strategy and Dynamic Markets team. Her responsibilities include providing economic and macro investment analysis to retail, institutional and internal customers

Get investment ideas from Diana Mousina when you sign up to Livewire Markets.