Twenty-seven years ago, almost on the dot, the US Federal Reserve, under heavy political pressure, started lifting interest rates and instantly changed market sentiment and the direction of equity indices.

The shift was quite controversial at the time as it had not been communicated properly; there was no run-away inflation, the Fed was pre-empting what could potentially be on the horizon, and bond markets had had no time to prepare.

1994 marks the last real inflation scare for US financial markets. Up until this year.

There are plenty of differences in context between then and now, but the key common characteristics are:

And US equities? The bull market that had been trending higher up until then quickly shifted into a period of high volatility with large draw-downs followed by sharp rallies, after which the same pattern continued, and again. By the end of the calendar year, market indices on balance had hardly moved, but the swings in between had many market observers suffering from whiplash.

The graphic below shows the Dow Jones Industrial Average between the start and end of that calendar year.

There's a big fall once the market responds to the swift re-adjustment in bonds and even after a major shift to the upside later in the year, the 30 stocks average remained steadfastly below the peak seen in January.

Once the Fed was done, and bond markets were comfortable with the outlook for growth and inflation, the interrupted bull market resumed its path upwards. Most investors will still remember how the second part of the 1990s in particular delivered huge gains for equity investors.

But throughout 1994 all that mattered was the sudden (and aggressive) shift in Fed policy and the recalibration in bonds that kept a lid on equities.

For today's investors, it is important to understand what is causing the elevated volatility and the general angst towards growth and technology stocks; it's not the fact that interest rates will soon be on the rise, it's the fact that up until late December/early January central bankers seemed comfortable and relaxed about their policies for the year ahead, and bond markets and equities had taken their guidance on board.

Rising bond yields are in essence not different from higher oil prices or a stronger currency. Slow, gradual increases and decreases are to everyone's benefit, but when a sudden, sharp reversal occurs, mayhem is but the logical result.

All about forecasts and anticipation

The change in inflation forecasts over the past five weeks has been nothing short of dramatic.

Sure, the bond market in Australia had gone parabolic already in 2021 but most, including RBA governor Philip Lowe, had assumed local bond vigilantes would have to eat their aggressive price action with buckets full of humility later this year and next.

In the US, 10-, 20- and 30-year Treasuries simply refused to cross the 2% level despite headline inflation numbers running at multi-decade highs.

Underpinning all of this was a general forecast that consumer price inflation, re-ignited by exceptional circumstances created by the global pandemic, will peak in the first quarter of 2022, and then start trending down. Irrespective of what has occurred over the first six weeks of the new calendar year, this general assumption can still be correct.

As a matter of fact, there are still plenty of economists around who have not changed their inflation trajectory forecast.

What has changed, however, is markets are now considering the idea that the Federal Reserve might have waited too long, and will be forced to step on the monetary brakes through accelerated actions. It is this change in projections that is currently feeding into volatility and uncertainty in markets.

Let there be no mistake: just about everyone in 2021 is adjusting forecasts for inflation, bond yields, and consequences for economies and equities.

In Australia, the general shift is to pull forward the first RBA rate hike to November or August this year.

In the US, forecasts have literally gone into overdrive with all kinds of scenarios being considered, including starting the cycle with 50bp, hiking at every meeting this year, having rate hikes in between meetings, and continuing at full force throughout 2023.

Right now this very much feels like a market without leadership, a feeling further reinforced by inconsistent and contradictory signals given by decision makers at the helm of central banks in the US and in Europe. At least Lowe & Co have remained relatively steadfast in their messaging to investors in Australia.

Markets without clear guidance and leadership, they weave and they waver. Who knows what is wrong and right, what is plausible and what is only possible? And with social media handing everyone a public voice these days, we are all inflation experts and forecasters in 2022.

The trajectory of inflation matters this year. It matters because bond yields might have to sell-off further (yields up) as central bankers step harder on the breaks, but nothing in this is without consequences. I'll use the latest update by Goldman Sachs as illustration.

The US strategy team of Goldman Sachs led by David Kostin last week raised their average US earnings per share forecasts for 2022 and 2023 to 8% growth and 6% growth year-on-year, respectively.

Under different circumstances, this would have been excellent news for a market that has seen some sell-offs and more than just a smidgen of doubt about the sustainability and longevity of US corporate profits and margins.

But inflation has kept surprising to the upside and now economists at the firm have further increased their forecast to seven rate hikes in 2022 (from five), which are expected to push the 10-year bond yield to 2.25% later in the year.

This has a negative impact for equity valuations and Goldman Sachs has now revised its year-end target for the S&P500 to 4900 from a prior 5100.

The index started the calendar year near 4800 so 2022 doesn't look like a repeat of last year, but after the January correction, the updated forecast still implies a potential double-digit return from current level, hardly anything to be sniffed at. But here comes the but...

If US inflation continues to surprise to the upside, and the Federal Reserve needs to apply the brakes harder and faster, this will push US indices to much lower levels.

A more bullish scenario, whereby inflation deflates much quicker and the Fed halts its tightening sees the bull market returning much faster with Kostin & Co anticipating a swift coiled-up rally towards 5500.

Dynamics in Australia are quite different from the US, with inflation significantly lower and economic growth, coming out of lock-downs, expected to firm throughout the year whereas in the US economic growth is decelerating and inflation is high and surprising to the upside.

There is equally no political pressure from Canberra to start the tightening cycle ASAP.

But the Australian bond and share markets are not immune from what happens overseas, as also illustrated by the fact local technology stocks have noticeably underperformed the Nasdaq over the past few months.

If 2022 follows the same pattern as back in 1994, investors will have to be patient, and endure a number of stomach-turning, volatile trading periods along the way.

One year is nothing in the bigger scheme of things, but it can be a long time from within, hoping to see a quick end to it.

If inflation does not behave in line with worse case scenarios, forecasts like the one proffered by Goldman Sachs suggest we could well be in the eye of the storm during the opening months of 2022, and things might calm down, a lot, further into the year, and even accommodate sustainable investment returns.

The best recipe for markets that refuse to go anywhere remains, of course, dependable and reliable dividend payers that run no risk of having to cut or suspend their pay-outs.

Anno 2022, the risk for major dividend disappointments like we witnessed in 2019 and 2020 seems very low. From the banks, to Telstra, to most REITs and financials and retailers; most dividends look solid and secure, and the current reporting season is providing more evidence with every result release.

Depending on one's experience and risk appetite, some investors might try shorter-term oriented trading strategies. Though it's probably fair to say that if you haven't engaged in this type of market action, or it simply doesn't match your natural spirit, a healthy dose of caution remains warranted.

For most investors, patience in combination with cash on the sideline, that can be re-allocated in dribs and drabs, is probably the recommended course of action.

The local reporting season is still in its infancy, but most results are showing surprising resilience in the face of numerous challenges, and if it weren't for this year's overarching macro concerns and impacts, share prices would on average have responded much more positively.

This in itself can be taken as a positive for holding those companies in portfolio for when higher rates and bond yields are no longer an insurmountable headwind for equities.

Of course, inflation and bonds are not the only factors in play this year. Always good to keep in mind. And there's always the chance that central bankers take their actions a wee bit too far. I shall never forget the RBA was hiking interest rates in the middle of 2008 and the Fed later that year underestimated the fall-out from the Lehman Brothers bankruptcy.

If you are truly worried about it, and not prepared to play the odds of a calculated risk, here's a quote from Wall Street legend Jesse Livermore:

"If you cannot sleep at night because of your stock market position, then you have gone too far. If this is the case, then sell your position down to the sleeping level".

For all others, I give you Peter Lynch: "Know what you own, and know why you own it".

The local reporting season is gradually warming up and on FNArena's assessment, more than half (52%) of reported results is beating analysts expectations, which is no mean feat in light of the tough and challenging conditions under which most are conducting their business.

But it remains way too early to draw firm conclusions just yet, and this goes for corporate health and profits, inflation, bonds and share market valuations, as well as the unpredictable situation in the Ukraine.

The sun doesn't always shine. Best to wear a raincoat then, or at least carry an umbrella.

FNArena offers impartial market commentary and analysis on top of proprietary tools and applications for self-managing and self-researching investors. The service can be trialed for free at the FNArena website.

Follow my profile on Livewire to be notified when I publish new articles. 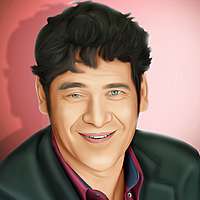 R
Ralph Meyen
19th Feb, 22
we tried the "umbrella" trick but sadly the rain turned into hail which was not part of the forecast ...
M
Marvin Cathey
20th Feb, 22
Well done Rudi. Excellent summary of the situation