Hunting for McRibs (and having the cash to pay…) 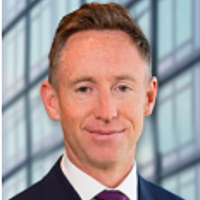 McDonalds’ McRib is a barbecue-flavoured, pork-based sandwich that was first introduced to customers in the 1980s and is made available for only a very brief period each year. For fast-food fans, the tangy but elusive sandwich has a cult like status and has spawned many dedicated McRib locator websites, just so devotees can pinpoint their best opportunity to get their hands on the treat.

Surprisingly, the presence of the McRib has also been linked to improved equity performance. When the seasoned and sauce-dripping sandwich is available, markets do better than when it’s not. An exercise in correlation rather than causality.

Consumers are the engine room of the US economy

Being able to purchase this limited edition burger alternative turned bona fide cultural obsession of a sandwich is highly unlikely to have any significance on markets or economic activity.

However, the spending habits of Americans do. Accounting for close to 70% of economic growth, the U.S. consumer is the driving force of the economy.

The outlook for the American consumer has greater importance in the context of weakness in other sectors of the economy. The fading effects of fiscal stimulus mean that overall growth rates will slow in the U.S. this year, while other disruptions such as the partial government shutdown and inevitable weather effects will hurt growth rates in the early part of 2019. Higher frequency economic data released in recent months has been mixed at best. Business surveys have been softer, inventories lower and capital goods orders underwhelming.

However, for these same reasons, it is likely that economic activity in the U.S. will rebound a little, heading into the middle of the year. The end of the government shutdown should help lift growth. The drag from destocking of inventories in one quarter can become a boost in another as inventory levels are rebuilt and business sentiment may start to stabilise as the U.S. and China trade talks become increasingly amicable.

Beyond this bounce, what happens to the U.S. economy is largely in the hands of the consumer. The very large and unexpected decline in the December retail sales – the biggest drop in nine years – led to a knee jerk reaction in markets on fears that the consumer was retrenching. However, the figures were likely impacted by the government shutdown and perhaps more subdued spending against the misplaced fears of rising recession risks.

Overall, American consumers are in a better position now than they have been for many years:

So while consumption can keep the U.S. economy ticking over, even here the boost from the consumer will not be as great as in the past, given that much of the pent up demand created by the global financial crisis has passed through the economy.

When the economic outlook is uncertain and consumer confidence is weak, households will naturally retrench their spending, opting not to purchase that new car, new fridge or big screen TV. This doesn’t mean they no longer want these things, but they are more likely to defer large purchases until prospects look brighter. For example, sales of cars in the U.S. have averaged around 17.5 million on an annualised basis for the past three years, well above the long run average of 15.7 million. This made up for all those cars that weren’t bought in the years immediately following the 2009 recession.

There has been increased speculation on when a global recession may arrive. Certainly, the change in attitude from central banks on tightening monetary policy recently has created some breathing room for markets. But the cycle is long in the tooth and the pace of growth in the U.S. will slow.

However, the persistence of the U.S. consumer and the healthy state of household finances bodes well for keeping the U.S. economy ticking over this year. Given their healthy financial conditions, many Americans looking to splurge on McDonald’s iconic McRib should have the finances.

Their challenge will just be to find it.