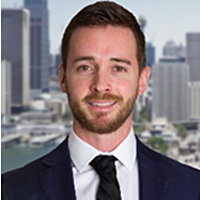 The Australian small cap market declined over the August 2019 reporting season, driven by a combination of negative macro-economic factors (including the escalating US/China trade war) and negative earnings revisions.

Investors had subdued expectations going into this reporting season, with a spate of earnings downgrades and soft economic data leading into the period. Despite the softer market, we believe there is little to suggest that the outlook for company earnings has sharply deteriorated, and there appear to be pockets of the market that have surprised to the upside.

In line with AMP Capital’s core investment philosophy, earnings drove share prices during this period as the market has been willing to pay up for companies delivering stronger than expected earnings, and vice versa. We believe the recent volatility provides promising investment opportunities for our strategy. Guidance comments have typically been cautious given rising global uncertainty, although there are signs emerging that domestic stimulus, including income tax cuts and RBA easing, is having the desired stabilising impact on the property market and domestic economy. Is there life coming back into domestic cyclicals?

There are emerging data points that suggest to us that the housing market has bottomed. Despite national new listing volumes decreasing 20 per cent in July, Domain Holdings Australia has called out some encouraging signs of buyer activity in so far, this new financial year, including increased attendance at open homes. Recent auction clearance rates have strengthened, and our proprietary dataset shows that property app usage has increased, adding further evidence that the housing market may have bottomed.

The retail sector was one of the surprises of this reporting season delivering positive outlook statements and largely in-line, or even above, financial results on the back of subdued investor expectations. Both JB HiFi and Super Retail Group highlighted that recent trading has been assisted by expansionary fiscal and monetary policy, with smaller ticket purchases benefiting from tax cuts and handouts.

Sales growth for retailers has been solid, with the majority also posting strong recent trading updates that lend further weight to the suggestion that economic stimulus is flowing directly to the consumer, for example Adairs, Baby Bunting and Bapcor. It will be interesting to see whether this is just a temporary boost or the start of a broad recovery in consumer spending.

Bigger ticket items such as new motor vehicles and housing related expenditure haven’t bounced back yet. They should however benefit from an initial stabilisation and then any increase in property prices and broader consumer confidence, with companies reporting improved trading week-on-week so far this new financial year. Despite consumers continuing to delay the purchase of new vehicles, salary packaging and novated leasing companies, delivered improved results given their exposure to high growth parts of the employment market, including the healthcare sector. Examples of this include SmartGroup and Mcmillian Shakespeare.

Contracting companies will likely benefit from the many government funded infrastructure projects that are only part completed and the increasing pipeline of iron ore expansion projects in WA, for example NRW Holdings and Decmil. Companies in this sector are, in our opinion, trading on cheap valuations compared to the market and we believe have the potential to re-rate on the back of contract awards.

It’s not all good news in the domestic market though, as building products companies are starting to feel the downturn in residential construction and have been poor performers. Media companies have not been able to avoid the malaise, indicating that the softer Australian radio market trend post the Federal Election had continued into the September quarter, with a large decrease in bookings.

Are we starting to see value stocks emerging from the ashes?

The Australian small cap market has diverged into either a narrow cohort of strong performing high growth/technology stocks and the rest of the market which has been seemingly left behind. Even more interesting is the dichotomy in small cap valuations of these two groups being at extreme levels, driven by macroeconomic factors, including a low growth and low interest rate environment, as the market pays up for growth and safety with very little consideration for valuation. We are currently cautious of holding high growth stocks trading at premium valuations where there is some possibility that earnings will disappoint.

We believe many of these high-growth/technology related companies have been attractively priced going into this reporting season. While some have delivered, (Wisetech and Pro Medicus being notable examples) we have seen examples of high-flying growth stocks that have come back towards earth, after delivering slightly missed or inline results relative to the markets' lofty expectations.

There are potential signs of value coming back in favour, and one of the interesting features of this reporting season has been the strong performance of stocks with a high number of shares short sold. The most shorted stocks in the market have been the best performers this reporting season (Source: UBS)

It's difficult to predict whether we're seeing a revival of value stocks exposed to the domestic economy and some overdue recalibration of growth stocks exposed to international markets, given the number of false starts in recent years and current macro-economic environment. In our opinion, earnings delivery is likely to be the key driver of share price performance going forward.

M&A activity is starting to ramp-up

Private equity interest continues to be strong given high levels of cash ready to deploy, a low risk appetite environment, attractive fundamentals, and a low Australian dollar certainly assists offshore acquirers. Combined with the current bifurcation of small cap valuations, we believe a number of companies are vulnerable to takeover activity.

In summary, Australian small cap reporting seasons never fails to throw some real curve balls at investors and leads us to reassess positioning in the portfolio. AMP Capital remains well served by our rigorous fundamental investment process and see some very attractive opportunities emerging given the breadth and depth of the Australian small cap market.

Matt is Co-Portfolio Manager for the AMP Capital Australian Emerging Companies Fund. He has 11 years investment experience in the Australian small and micro cap space, previously working for IFM Investors and Macquarie Group.

Get investment ideas from Matt Griffin when you sign up to Livewire Markets.