Signs of a broadening recovery 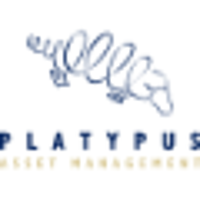 The stimulus provided by central bankers around the world following the collapse of Lehman Brothers in 2008 has been unprecedented. Bank of America Merrill Lynch data shows that 531 rate cuts have been implemented around the world since Lehman went under. There have been 28 rate cuts this calendar year (with more to come) and today 53% of Government bonds on issue yield less than 1%. Despite all the predictions of doom at the time, and continuous expressions of scepticism since, we are now starting to see the recovery that gained a toehold in the US in 2012 broadening. Businesses around the world are beginning to hire, borrow money for capex and make acquisitions. The US has lead the way in showing that if the central bank can keep interest rates abnormally low for long enough businesses will respond, leading to an improvement in confidence and eventually economic growth. As an example the Small Business Hiring Plans Index (NFIB) in the US has been trending higher since 2013 and is now back in a “normal” range. Read More: (VIEW LINK)

Platypus is a boutique fund manager that specialises in Australian equities. Platypus have a long history of outperforming the Australian market. We are a true to label growth manager with an uncompromising focus on quality.

Get investment ideas from Platypus Asset Management when you sign up to Livewire Markets.