Timing the end of the US cycle 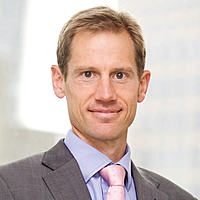 Understanding how the cycle is progressing has been especially difficult in the post-GFC years. The apparent impotence of monetary policy via its traditional credit (and inflation) creation channel contrasts with the relative strength of labour employment. Yet monetary policy has become much more important for markets, as central banks have become both large participants themselves (via QE programs) and important sentiment drivers.

Currently there appears to be a disconnect between the pricing of rates markets on the one hand and riskier assets on the other. In the US, rate cuts are priced in – typical when the cycle turns down – yet credit and equities markets are carrying on happily. A possible reconciliation of these two is that markets expect a policy ‘fine tuning’ – a couple of rate cuts that allow the cycle to extend. However, with all the uncertainty around policy effectiveness it seems unlikely the Fed will be able to thread the needle so effectively as to validate both hands.

Our analysis continues to suggest the US is in the late stage of the economic cycle, when both slowing growth and lifting inflation are problematic. However, our models are also still saying recession is more than 12 months away – and perhaps the Fed pause can allow the US cycle to extend, although it’s unlikely to reaccelerate meaningfully. Alongside this, corporate fundamentals are weakening, but not yet especially problematic.

Extension of the cycle may be a palatable outcome for the time being but the real worry is the next downturn, especially for economies that never managed to ‘normalise’. Many central banks have not yet tightened policy in this cycle and now, with growth downgraded and inflation still MIA, they are being forced to consider further easing. This is not how it is meant to work! No wonder central banks are rethinking their approach — there’s currently a big Fed review of its policy framework – or, in the case of the RBA which has been exploring how it might run a QE program, at least contingency planning.

The RBA finds itself in a real pickle. Should it be ‘fine tuning’ here too by cutting 50bps, or does it save the ammunition for later? Our most recent work on Australia suggests the decision to ease is a finely balanced one – slower growth, housing risks and stubbornly low inflation are valid rationales to ease, but equally there are several offsets in play (infrastructure spending, a softening of lending standards and a lift in global activity) that could see them hold on.

For now, our strategy is to play for a little global reflation over the next six months or so, then to position more decisively for a US/global downturn. But given the cyclical uncertainty, we’ll be watching data and market developments closely.

In rates, over the last few months we’ve had less directional risk on than for some time. Having bought about one year of duration in the December quarter, more recently we’ve been moving our aggregate exposure within a small range either side of benchmark, running small long Australian duration against neutral or small short US and European duration. Over February and March, we did however make a material change to our US curve exposure. Whereas previously we were positioning for the US curve to continue to flatten, driven by rate hikes, we have now moved to a steepening position. This will benefit the portfolio should we see the data turn more positively, and the Fed stays patient in allowing inflation to move higher. We’ve continued to hold our breakeven inflation positions in the US and Australia, with the latter at historically very cheap levels, and around the end of March we’ve also moved shorter US duration to lean against the most recent shift lower in yields. While now being positioned modestly short duration relative to benchmark, we expect to be adding considerably more duration to the portfolio on opportunity through 2019, as the US economic cycle ages further.

Meanwhile, credit asset valuations are now back in expensive territory, to some degree supported by the more dovish central bank environment – in which the pace of stimulus withdrawal slows, policy certainty increases, and market volatility falls. Our assessment of the time to US recession and underlying credit fundamentals means we are happy to hold higher quality credit for carry but are cautious in building a significant exposure to credit at this point in the cycle. At some point, risky assets will face the headwind of either much weaker growth or rising rates/liquidity withdrawal. Hence, to manage this trade-off between earning income for the portfolio and managing the risk of valuation adjustment, we’re positioned long Australian investment grade credit – the best return-for-risk asset in the fixed income universe at present – but short in US high yield.

Worried about the next downturn?

Stay up to date with the latest Schroders Australia content by hitting the 'follow' button below and you'll be notified every time I post a wire.

Want to learn more about our fixed income capabilities? Hit the 'contact' button to get in touch or visit our website for more information.

Get investment ideas from Stuart Dear when you sign up to Livewire Markets.