Volatility in the Australian equity market 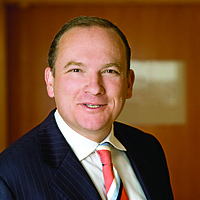 I always think of periods of market volatility as manageable brush fires - while still causing market nervousness they’re actually better for the long-term market structure as they lower the risk of a serious bush fire. For the Australian market the latest ‘brush fires’ were the result of market nervousness around residential housing prices, a possible trade war between China and the US and rising interest rates. If we dig a little deeper however, these factors are unlikely to cause a major downturn and the Australian market remains well positioned to weather a global slow down.

Residential house prices, particularly in Sydney and Melbourne are fundamentally overvalued but there doesn’t appear to be any short-term catalysts that would cause a major market downturn. Catalysts could be higher interest rates, major structural changes or higher unemployment - all of which are possible but unlikely to be sufficient enough to cause a major problem. In addition, while Sydney and Melbourne appear fundamentally over-valued the rest of the country’s residential house prices seem within reasonable bounds.

The US/China trade war remains a concern as it has the potential to reduce global GDP by as much as 1% if things deteriorate further. While negative for markets, it’s unlikely however this would cause a major downturn in its own right.

The most significant threat to markets is a higher interest rate environment. Interest rates bottomed in mid-2016 (measured by the 10-year US Government bond rate) and have been heading up as rates normalise. While higher rates are bad for fixed income, the impacts on equity markets are more nuanced. In the early stages of rising rates, equity markets typically continue to perform well as the market focuses on the positive aspects of why they’re going up such as higher growth and inflation. Higher interest rates should have limited impact in the short term but remain a longer-term concern.

Market valuation also seems reasonable. The Australian equity market is currently valued around long-run average valuation levels (15x -16x price/earnings ratio and 4.5%-5% dividend yield).1 While valuations are around average levels, earnings quality is currently much better (strong balance sheets and low gearing) and interest rates are much lower. Low interest rates and high quality earnings should lead to much higher valuations. In addition as the chart below shows, in capital terms, the Australian equity market is still not back to its previous peak in 2007, indicating the underlying value in the market.


The largest declines of the All Ordinaries Index since 1929 Past performance is not a reliable indicator of future results. Results may increase or decrease as a result of currency fluctuations.

While the Australian equity market appears good absolute value, it’s a stand-out in terms of relative value against other asset classes such as cash and bonds due to earnings and dividend yield.

Periods of market volatility cause nervousness in the short term but I believe they’re actually a positive occurrence for the market in the long term as they lower the risk of a larger flare-up.

Paul joined Fidelity in London in 1997 as an Investment Analyst, before returning to Sydney in 2003 to establish Fidelity’s Australian equity team. Paul holds a Master of Finance from the London Business School

r
richard badauskas
22nd Nov, 18
You do not account for the lack of liquidity in the market. Look at CBA, NAB, ANZ and WPC (plus some smaller banks) which account for about 25% of total market valuation. All have fallen into bear market territory and are in steep downtrends. Infrastructure stocks such as CSR and ABC are in complete collapse, and leading construction company such as LLC has halved in value. This situation will lead to corporate failures that will appear out of the blue as the collapse in valuations / loss of liquidity will have a "knock on effect".
g
george girdis
22nd Nov, 18
The banks are in downtrend because of the royal commission. Their earnings seem solid and PEs are very low. Look oversold, but barring some draconian outcome from the royal commission, should recover. LLC is down because it seems they underquoted on two major projects. They have to take their medicine on these projects but they have other divisions which continue to be profitable and will recover once these losses are absorbed.