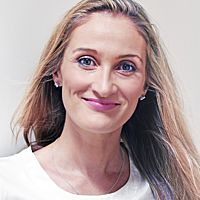 The October meeting is obviously Governor Lowe’s first, we are looking for no change at a 1.5 per cent and only in the second quarter of 2017 do we see a further cut to 1.25 per cent. We think that is where rates will bottom.

I don’t think there will be any significant changes to the RBA’s statement.

I think some themes will be elaborated on. Terms of trade are looking better, the housing market, while it has moderated will still remain firm, the labor market is in reasonable shape, and wages and inflation are low.

Markets may start looking ahead to the third quarter CPI print and whether there is any reference to inflation in the next RBA statement. If there is that could keep rate cut expectations alive this year.

Headwinds are also abating around commodity prices, and terms of trade.

Non-mining cap ex has increased in the last three quarters albeit modestly and spending plans have been revised up; While still weak, they are heading in the right direction.

The developments on the capex front and commodity prices/terms of trade suggest that the RBA won't cut further this year.

Inflation remains an issue in the longer term

We Think the RBA will remain on hold today. They have just cut in May and August and the commentary they have been providing suggests they can wait and see for a bit longer and they wouldn't want to go ahead of the next round of key inflation data.

Longer term we think that rates could go down to 1 per cent by mid next year and that largely reflects a low inflation outlook. And we are quite skeptical of inflation getting back to within the 2-3 per inflation band, it is below that now with the headline rate at 1 per cent.

At the same time the economy isn't doing too badly and to have that confidence in the economy pick up you would want to see stronger growth than we have seen but given the global economy is so-so, then the risk is that they will cut again.”

Rates likely to remain on hold for some time

I expect the cash rate to remain on hold in October and in 2017, the most likely scenario is that rates will still be unchanged because despite low inflation and an unchanged RBA inflation target, there is still good momentum in the economy.

The RBA seems comfortable with where the economy is at the moment and they see some, but not significant risks to the downside.

That can clearly change, if you got another surprise in the inflation data for the September quarter and if residential housing construction experienced some problems, then that could change.

But on balance the likelihood is that consumer demand will be moderately paced on the basis of past rate cuts and that we will see the residential housing sector go ahead although not as fast as we have seen.

It’s hard to paint a scenario with higher rates

We’ve got rates staying at 1.5 for this year and we don't have any expectations for change into 2017.

The risks are clearly to the downside. Even the new RBA governor Phillip Lowe last week talked about scenarios where rates could go lower or stay at current levels, and I think that is reasonable given the inflation profile which is similar to ours, so it's hard to paint a scenario where you get higher rates.

But there are four things we are watching; inflation, unemployment, property and the AUD.

The next inflation print is due on October 26 now if we get a result where core inflation surprises to the downside, then you could paint a case that you need to put additional monetary stimulus in place.

The unemployment rate at 5.6 per cent looks good, although employment growth is slowing, but it is this under utilization which stands at 8.3 per cent which is worrying because there are all these workers who have a job but would like to work more hours

Q. What are likely to be the main drivers of growth?

Services and Cap Ex will need to takeover from housing construction

There’s no doubt the housing construction cycle has proved stronger and longer than we thought and will be a contributor to activity over the next six months.

That in part reflects the shift towards higher multi-story construction which has a longer build time. This is a historically strong cycle.

I think the bigger question into 2017 is what happens when housing construction peaks and we see that happening in the first 6 months of 2017.

With that comes additional supply and weaker house prices and that has implications for everything from confidence to household expenditure.

What we are hoping for is that when housing peaks that other areas of the economy around services side of the economy takes over. There are encouraging signs around cap ex.

Tourism and education will benefit from a lower dollar

Housing construction will be one of the key drivers in the near term but that is coming off a peak now.

Elsewhere other areas looking promising include services, anything which benefits form low Aussie dollar like tourism and education.

Sectors which have got some good long-term fundaments such as healthcare and child care will also do well.

A lower dollar will be important

The services sector, and that’s mostly a rates and Australian dollar story which is helping to drive education, tourism and business services.

So those things are really important for Australian economic health as mining investment gets back to more normal levels.

The Australian economy is doing okay

The housing cycle has been important and the other one is still the Aussie dollar, which has rallied a bit recently, but obviously a lower Aussie dollar helps the economy adjust from mining-led growth to non-mining.

I think the economy is doing okay. GDP numbers are better than expected with GDP at 3.3 per cent, which is good when you look globally.

The Australian economy is looking more flexible and nimble than many might have expected.

There is no way residential construction activity can keep going at the rate it has.

It has been the right response to have supply come on stream, but clearly there are pockets where there is going to be an oversupply and we are already seeing evidence of that in inner city, Melbourne and Brisbane and that will worsen but it will also help to temper house price growth.

We have to remember that the underlying fundamentals of housing growth are still there, unemployment reasonable stable and population growth has eased but is still running around the decade average, mortgage rates are low.

Housing construction has been a key contributor to growth and we expect that to continue in 2017 but too a much smaller degree than it has most recently.

There are risks to the property market that we are wary of, but that story is different depending on where you look.

Sydney is relatively okay and I don't think there is a massive risk of a sharp fall in prices anytime soon.

In the next year or so I don't think we will see prices correct because we do have very low rates and the RBA will probably move again.”

The RBA will have an eye on frothy markets

As part of the government reinstating the RBA governor's terms they didn't change the 2-3per cent inflation target but they did say there needed to be a more transparent link between monetary policy and financial market stability.

So that is obviously a note to the RBA not to consider risks or bubbles in the asset prices when targeting inflation.

I am not particularly worried, I know there are comments around Chinese investment.

But at this stage it appears to be a small risk. The risks on housing are very much skewed to the negative side.

If you are talking about property market prices, you will see some pull back in Sydney and Melbourne because there are so many apartments.

But you are not going to see really massive falls in prices, which is what you get when interest rates move higher.

Further macro prudential controls could be on the cards

The housing market though flips it the other way because lower rates are spurring activity and higher prices.

Building approvals and construction activity has been one of the bigger surprises of this year.

Governor Lowe made the comment that the risk to the housing market is there but it is less than it was previously.

It is something to be watching. If the RBA were really concerned about it, I think the first thing you would see is another round of macro prudential controls.

Last year's round of tightening of lending standards did slow housing finance growth and have an impact on the property market.

Livewire is proud to partner with Financy. We wholeheartedly support Bianca's new initiative to empower women seeking to take control of their financial futures. Check out the Financy website here:(VIEW LINK)

Bianca Hartge-Hazelman is an entrepreneur and journalist who is renowned for her longstanding career covering financial and business news for some of Australia’s largest media companies. Her work has enriched publications – such as the Australian...

Get investment ideas from Bianca Hartge-Hazelman when you sign up to Livewire Markets.