What to hold and what to fold in the year ahead 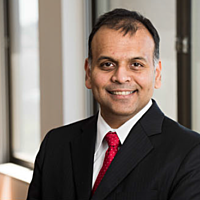 The message for 2019 that we should take away from the volatility of 2018 is that it is going to be a year of divided outcomes. In most years, there are always enough reasons to worry but one can also invest with a bottom-up mindset without spending too much time on the macro. Unfortunately, 2019 is unlikely to be one of those years. Trade policy (what kind of agreement the US/China reach), global central bank policy (driving US$ liquidity) and a potential US fiscal stimulus will be important drivers of earnings and hence stock price performance. One needs to believe that these macro drivers will shift positively to take a positive view on the markets.

To jump to the conclusion, in a nut shell, I believe the probabilities are in our favour and am feeling more positive - at least tactically. Don’t get me wrong, there remain (as there always are) enough reasons to run for the hills. But below are a few reasons why I am positive tactically (but still cautious structurally) on global equities.

Clearly 2018 was one of the worst years in terms of performance across asset classes.  There was literally no place to hide. All investor worries around the macro (slowdown), trade wars, oil, China, dollar seem to have been reflected in equity market performance.

Fewer asset classes are beating inflation than in 2008 And 2019 seems to have begun on the same volatile note with the first four days bringing a poor Chinese PMI print, Apple’s first negative preannouncement in 16 years, a mini flash crash in the currency market and the worst ISM drop since Oct ’08.  We concluded the week with a $74bn pharma mega merger (which left most people scratching their heads!), the largest payroll beat of the cycle and the US FED governor who did everything he could do to appear “flexible” and “patient” (almost dovish v/s his comments in early October which were interpreted as being quite ‘hawkish’).

The good thing amongst all this volatility is that almost every worry that we worried about in the past now seems to be in some part discounted by the markets.

In fact, one could argue that the market has tried to discount the potential of a 2020 recession in the month of December 2018 - talk about Christmas pudding indigestion!

So here are my reasons to be positive

Valuations. Equities have taken quite a multiple de-rating - Earnings in 2018 will be up anywhere 15-17% - with the US leading the charge at a +20% year driven by the tax cut.  Yet equities around the world were down in 2018. For 2019, Fidelity equity analysts expect this to be a slow growth year - only 4.5% earnings growth, a shade below consensus. However, with the valuation de-rating this suggests to me that for the first time really since 2016 we are getting paid to take risk intelligently. See below for the S&P 500 multiples since 2002 with performance broken up into EPS growth v/s multiple expansions. Source: Baird Research, Bloomberg, January 2019. The chart shows the performance of the S&P 500 each year and its attribution from EPS growth and P/E expansion/contraction. The brown line is the % change in the S&P 500 price each year. The dark blue bars represent the % change in forward EPS estimates (estimates are 18% higher than they were 12 months ago) and the light blue bars represent the difference between this and % market performance.

Sentiment seems quite washed out after the poor 4Q especially in the technology bell weathers. The crowding that we saw in the markets particularly with a narrow part of the market (the FANGS) doing well has been cleared out. At least from a market structure perspective this is positive. But most importantly on a fundamental basis, the poor stock market performance of 2018 also increases in my view the probability of:

Putting all this together a base case would suggest that Central Bank policy would be more accommodative as the FED Chair hinted in his comments last Friday (4th Jan) driving the strong rally in the US markets  and with the prospects of a trade deal between US and China, the markets can breathe a sigh of relief - moving from discounting an outcome of worse to less bad (which is incidentally where a lot of money can be made).

However, before you think I am suggesting that we go all in, it is worth pointing out that reasons to stay structurally cautious haven’t disappeared

My view is that the economic and earnings data in 1Q is going to make it tough to be unabashedly positive.  Further as Apple showed in profit warning, the economic and trade related issues are having a real impact on company earnings (which is why macro is so important for 2019). Given trade related worries it is likely that a lot of pre-ordering happened in Q3/Q4 2018 - this makes comparisons for 2019 difficult as also increases the amount of inventory in the system.  From Fedex to Apple everyone is signing from the same hymn sheet of trade related troubles.

Putting this together. Q1 earnings guidance is likely to be muted and with margins likely to be under pressure due to both operating leverage (rising labour costs) and financial leverage (rising rates) it is unlikely that CFOs will have the same confidence in guiding for 2019 earnings like they did in the heady tax stimulus days of January 2018.

Consequently, while I am looking to be tactically positive, it is only after making sure we have a high degree of margin of safety in the companies we hold or are looking to buy. This means a margin of safety on both valuations of the stocks we are buying as well as their forecast earnings and cash flow in various market scenarios. It is clear, bottom up stock picking is more important but equally important would be how one navigates volatility and does not get whipsawed and connects the dot on a global basis (for example focussing on the Taiwanese supply chain made sure that Apple was amongst our largest underweights).

It is not going to be easy but invest with a long-term view & continue to revaluate the investment thesis with diligence and higher than normal regularity and flexibility.

Areas we would be cautious on

Stocks/sectors where expectations and valuations are high. While scarce growth will still trade at a premium, however if these companies miss expectations the stocks risk a double whammy of both decline in multiples and earnings expectations - potential for significant capital loss.

One last point is on volatility and that we should also be cognizant of the change in the structure of the equity markets. The rise of ETFs/Algorithmic investing on the one hand v/s the decline in importance of the broker dealer/prop desks (who provided liquidity in times of stress but can’t do so now due to regulatory capital constraints) means programmatic trading/machines are a lot more in control of the short-term gyrations of the markets.

This has also meant that historical signals/tools are no longer providing the early warnings as moves across asset classes are becoming a lot more correlated (my fixed income colleagues tell me they are looking at the equity market for direction just as we look at them for guidance!). The only way to look for uncorrelated return will be found in the mundane - doing the work stock by stock basis with a focus on valuations based on earnings and cash flows under various market/macro scenarios.

The message is that in the near-term markets are now offering selective good value.  Use the Q1 earnings season to deploy cash in high quality companies available at good valuations taking a longer-term view. However, continue to revaluate the investment thesis periodically and don’t forget to have a good margin of safety and make sure you protect capital!

And If trade policy or central bank policy go the other way v/s base case or the credit markets fall out of bed - make sure you have your running shoes on! After all its January!

You can find more cutting edge insights on Global Equities from the team at Fidelity International here.