Fixed Income is the main game 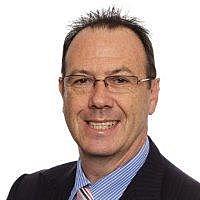 The traditional mindset regarding fixed income is that the returns are low and it is a boring asset class. Investing in Woolworths' (ASX:WOW) bonds is not a barbeque conversation starter.

Now as central banks all over the world push rates ever lower the implications for the traditional mindset will only get worse. The only recent excitement in fixed income has been the collapse in Virgin, and that was negative excitement.

Why is fixed income going through a boom?

It is clear that institutions are benefiting from the fact that central banks all over the world are buying fixed income or lending against fixed income assets as a means of distributing money into the system.

Australian banks who have repo facilities with the RBA have bought Australian issued bank bonds and borrowed the money to make the purchase. The rates in question at the start of the crisis were approximately as follows:

This may not seem like a significant return but if you factor in the impact of the leverage on the return then investors are generating 14% per annum if you assume a 10% equity investment, which is a substantial return if you consider this investment as close to risk-free as you are likely to get.

It was no surprise that the opportunity was very attractive to investors and it resulted in a very strong rally in the price paid for the relevant securities. The bonds that traded at 155 bps are now at 62 bps. In bond terms, this is a significant rally.

In terms of returns in cash terms, investors such as fund managers will generate $10s of millions and get a material performance boost for this financial year.

Which may be boring, and not barbeque conversation, but when it drops down to the bottom line it creates a significant bounce in performance, all courtesy of the central bank’s need to get cash into the system.

If banks can fund themselves cheaply via the RBA, banks will not need to pay up for term deposits, and in April household term deposits totalled over $1 trillion for the first time ever. The returns households are achieving will be significantly lower driven by the fact that central banks are flooding the system with cheap cash.

If the cost of senior bonds are now 62 basis points, what should the returns be for other levels in the capital stack?

Think of a bank as a series of levels of risk, which is described as the capital stack. You can lend or buy each level of the stack and the greater the risk the greater the expected return.

In descending order of expected risk, you have term deposits, which trade at 1.00% for one year, followed by senior bonds now trading at 62 basis points for 5 years. The next asset class is subordinated debt which is trading at a margin of 240 basis points. Then follows the next asset in the capital stack that is available to everyone: hybrids. These assets are trading at a margin of 450 basis points, and finally equities with a typical 6% plus dividend yield (though banks have generally reduced or deferred dividends for now).

It’s called a Black Swan for a reason

Imagine a black swan event where one of the big four Australian Banks went into receivership, what would be the outcome? A run on all banks? Government bailouts? Foreign ownership? I don’t believe anyone knows what would happen.

The regulators have warned against hybrids because they are loss-absorbing instruments, in the event a bank becomes insolvent. The regulator warned that retail investors didn’t understand the risk. I agree, but I also think in the world of COVID, not many people actually know all the risks they are trying to mitigate.

I think we are applying our investment intellect to the wrong question, by trying to understand what would happen if one of the Australian major banks becomes insolvent is too much for my brain to price or imagine.

To my mind, it isn’t a question of how the market will react but more a question of what is the probability of an Australian bank becoming insolvent or even close to insolvency?

Banks are heavily regulated and audited entities which issue an array of different securities and Hybrids are one type of security that banks issue. When investing in securities the outcome is straightforward, receive a coupon, at a specific point in time the investor’s money is repaid.

So what returns are achieved by investing in hybrids?

Trading margin is the expected return over a reference rate.

Macquarie Bank (ASX:MQG) issued a hybrid in June this year at a margin of 470 over BBSW; the 470 is the trading margin. Once a security has been issued it will trade on, above or below its issue price which is called par.

Trading margin provides a uniformity of return, some investors won’t pay over $100 because they feel they will lose money on redemption but if the security is paying 600 over BBSW then it is possible the investor is being compensated for the excess investment cost via the coupon.

If a security is trading under $100 it may not be a bargain if the coupon is very low, the investor will then have limited cash flow to reinvest.

When investing in hybrids, investors need to understand the total expected return (trading margin) over an assumed investment period., if they are to make a reasonable investment decision.

Investing in hybrids may not be a barbeque stopper, but if you are generating 400 basis points over cash compared to some of the more volatile or less performing assets you can at least afford enough red wine and steaks to get an invite to the next gathering.

........
The market practice is to assume hybrids will be redeemed on the first available opportunity which is the first call date. There is no guarantee this will happen in the future but it is market practice and supported by past behaviour of the banks. Mark Todd Head of Fixed Income, Bank of China *Bank of China has a commercial interest (in the assets) printed in this article. *Bank of China does not provide investment or personal advice. *Investors should seek their own independent and appropriate advice that is suitable for their investment needs.
save

Mark joined Bank of China in 2019 as Managing Director and Head of Fixed Income Sales, bringing with him over 25 years’ experience in FICC Sales. Prior to joining BOC, Mark was Head of Core Customers within NAB’s FICC Sales division.

B
Biplav Adhikari
23rd Jun, 20
Great Read Mark. Is it possible to recommend some books for us to understand these things?

Mark Todd
23rd Jun, 20
Hi Biplav I think there is some great options to start with, perhaps sign up to Bond Advisor they put out really good articles on a broad array and they have a great library of information on bond markets. Hope that helps
B
Biplav Adhikari
25th Jun, 20
Thanks, Mark.
A
Anton Haid
25th Jun, 20
Thank you Mark, well explained and very informative. Have you got a view on first and second mortgage investment? Tony Haid

Mark Todd
25th Jun, 20
Origination is the key to the mortgage investment, when it goes south its very ugly. I then think its about 1.Position, 2.Diversity, and 3.Return, the first is vital, the second is desirable and the third needs to have plenty of juice.
G
Geoff Rogers
26th Jun, 20
Mark, you rate Bank Deposits as more secure than Government bonds. My understanding was that the deposits of an individual or company are "guaranteed by the Commonwealth government" up to $250000 per depositor per bank group. Each group of banks (eg Westpac and Bank of Melbourne) are bundled together have group cap of 80Billion Dollars of Commonwealth Gurantee, so if total loss was greater than $80B there would be scaleback. Government bonds are not subject to scale back, as far as I know, though the Government might try something like that in a bad enough crisis. In a major financial crisis for example Westpac and Bank of Melbourne are bundled together. I have been told that smaller banks like Bendigo or even some of the internet banks like ING, Rabo etc might be more secure because their total deposit pool less than 80B. I agree these are low probability events, but surely they cannot be said to be zero probability. Interested in your thoughts about impact of "Hair cuts". Do you think Bank Deposits might be scaled back (as happened in Cyprus) and can you see a mechanism to try to put a haircut on holdings of non-government issued debt securities such as corporate bonds?

Mark Todd
26th Jun, 20
Hi Geoff I was only writing about the capital stack of a Bank, i wasn't writing about term deposits as being safer than Governments, if that was the impression the article gave that wasn't my intention. In terms of zero probability the point I am making is that I agree it isn't zero it is just highly unlikley and in terms of issued securities the catastrophic event has to happen while the securities are at foot. The probability has to be priced with time included which makes the event even more unlikely except if we are talking about 100 year Argentinian bonds but if we are talking about 3 month term deposits or short dated hybrids i think it is unlikely the Banks will go into voluntary administration in the present regulatory environment. Thanks for responding.

Get investment ideas from Mark Todd when you sign up to Livewire Markets.