Where to from here for energy stocks? 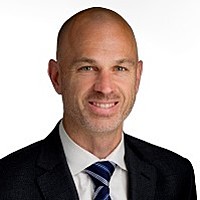 Being able to turn on a light is dependent on the stability of each link in what is a long, complex energy supply chain. An issue affecting any of these links can have an outsized impact on the energy system. And as we have witnessed in 2022, the manifestation of a number of these risks has resulted in high energy prices, and in turn, global inflation. In this paper, Part 1 of two pieces on energy system stability, we discuss:

If efforts are not made to ensure the integrity of every link of a supply chain, it will be
vulnerable to a complex array of risks. In the period following the onset of COVID globally in
2020, we have seen three examples of these risks in energy markets (detailed following),
which have combined, leading to the return of inflation (see Chart 1):

Despite our longer-term objectives of decarbonisation, roughly two-thirds of electricity is still generated through the burning of oil, gas and coal (BP Statistical Review of Energy, 2022). As such, generating electricity remains heavily reliant on the secure supply of these fuels. Yet with capital for carbon-intensive fuel investment increasingly difficult to obtain due to the pivot towards renewables investment, investment in the supply of these fuels has declined by more than 40% on average over the past decade.

This persistent underinvestment has seen an increasingly vulnerable supply chain across all traditional fuels. In this fragile system, it is no surprise that the combination of 2021’s northern hemisphere renewables underperformance, a COVID-stimulus-driven demand recovery, and Russia’s military activities have led to significantly higher prices.

Considering each of these commodities in more detail uncovers some interesting nuances. In the cased of oil, given Russia’s importance to the global oil supply (~10%), it appears surprising that although oil has rallied, it has underperformed gas and coal. This has been a function of the 3-5% of additional supply that was still to come from OPEC+ as it entered 2022. While the cartel has not met this supply normalisation, it has remained an overhang on market pricing. It has also been muted by Russia’s ability to redirect oil to other destinations such as China, India, and Turkey. Supply has also been boosted by US President Biden’s directive to sell roughly 1mbpd from the US Strategic Petroleum Reserves. These have all combined to result in adequately supplied oil markets.

In the case of gas, on the other hand, supply has been tight since 2021, when northern hemisphere renewable energy experienced prolonged underperformance, and demand for gas rose to backstop electricity grids. Exacerbating this market dynamic was Russia’s invasion of Ukraine in early 2022. Russia is a large supplier of gas into Europe at roughly 50% of gas imported. In response to Western sanctions on Russian oil, Russia has responded by significantly constraining the supply of Russian gas flows into Europe. As a result, gas prices have risen to unprecedented levels as Europe seeks gas from alternate suppliers.

And coal? Coal and gas are close substitutes in electricity generation, with coal prices influenced heavily by the availability and price of gas. The gas flow disruptions from Russia into Europe are resulting in previously idled coal-plants restarting, and the demand for coal rising. Yet sanctions have also been applied to Russian coal, meaning the greater demand for coal has been met by lower supply. High calorific value (high CV) coal is only available from a small number of suppliers, including Australia. For this reason, prices of high CV coal has rallied, and effectively decoupled from the more abundant volumes of lower CV product.

Globally, renewable energy represents one-quarter of total electricity generated, having grown 79% over the past decade. Yet underneath this politically and environmentally favourable trend was a latent and growing risk: if a system becomes more reliant on a more variable source of supply, and the ability to backstop the system through similarly growing ‘firming’ capacity (whether carbon intensive or otherwise) is not evident, the system as a whole will have been weakened. In fact, not only was new firming capacity not sufficiently developed, but existing baseload capacity was removed. And in the early 2021 period, we saw this risk manifest, as wind and solar ‘droughts’ in the northern hemisphere resulted in a system short of energy.

Risks to supply can also lie in the level of exposure to a single supplier and their reliability. Given its wealth of natural resources, in particular energy, and its proximity to Europe it is no surprise that Russia is the dominant supplier to the region. This supplier concentration is most evident in the case of Germany, relying on Russia for more than half of its coal and gas supplies. This relationship began in in the 1950s, before gathering pace from the 1970s onwards, cemented further through the investment in large-scale oil and gas pipelines to service the region.

From Germany’s perspective, the availability of large volumes of cheap and reliable supplies was essential to the development of a globally competitive industrial powerhouse. In short, German industrial economics won over the geopolitical considerations associated with such a large, politically questionable supplier. While for a number of decades, following Russia’s invasion and then exit from Afghanistan, this risk lay dormant. In 2014, however, with Russia’s annexation of Crimea, these risks began to re-emerge. And now, with Russia’s invasion of Ukraine, we see the true costs of this inherent risk, with Germany now needing to replace Russian energy supplies, which had taken decades to build. This supply chain replacement will be costly at many levels:

Investing in the context of risk

We have been following Risk 1 (constrained capital flows) for some time (see (VIEW LINK)). In identifying this risk, coupled with declining energy prices, we grew increasingly confident that there was the likelihood of a tightening pricing environment (see chart 2).

At the risk of repeating ourselves, we expected energy markets to tighten because any demand or supply shock to an underinvested (read, ‘undermaintained’) system would be magnified. And the nature and timing of the shock itself does not necessarily need to be forecast explicitly due to the inherent randomness of economies, geopolitics and increasingly, the environment. With supply unresponsive, the only shock absorber to restore balance in the short term is price. It may seem counterintuitive, yet underinvestment can create the opportunity for higher future returns.

At Merlon, we constantly look for these situations, where conditions of growing risk from underinvestment can be accompanied by potential opportunities from tighter supply, some of which may more than compensate for these risks – that is, an increasingly favourable risk / return trade off.

In the case of commodities, what we specifically look for are the combination of defined conditions. Again, while seemingly counterintuitive, these conditions include:

The combination of these two conditions is particularly powerful, as underinvestment, often triggered by low prices and a loss-making industry, in turn leads to reduced risk of further price falls and eventually price recovery as supply tightens from both underinvestment and the exit of loss-making participants. While not a certainty, the odds at this point of a cycle are most heavily in an investor’s favour relative to any other point of the cycle. We want to invest when the risk / return skew is most heavily in our favour, noting that 100% certainty is never a possibility in markets.

Where in 2019/20 excess LNG supply growth saw gas prices collapse, pushing coal prices down also, albeit less that gas, driving an historically high coal-to-gas ratio. Today we see the inverse of this situation, with gas supply constrained by Russia, driving the gas and coal prices higher, albeit with coal prices less so, driving the historically low coal to gas price ratio.

From here, we are monitoring the potential medium-to-long term trade-offs between downside risks from demand destruction (likely), gas supply returns (possible), substitution (likely) and increased coal supply (unlikely), relative to the upside risk from a continuation of underinvestment (likely), whereby carbon-intensive commodities become increasingly scarce in the process of decarbonisation.

Having previously identified and invested in the opportunities made available through prolonged underinvestment in traditional energy fuels and invested on the basis of the estimated risk/return trade-offs, we have been steadily reducing exposures as companies in this space have outperformed. These positions have included Ampol (ASX: ALD), Viva Energy (ASX: VEA), Woodside (ASX: WDS), Santos (ASX: STO), New Hope (ASX: NHC), and Whitehaven (ASX: WHC).

We continue to look for new opportunities through this lens, regardless of their sector, and demonstrate patience in waiting for such opportunities to become truly compelling. Conversely, we look for situations where capital flows are relatively unconstrained and seek to avoid these given the likelihood of excess supply and low future returns.

........
Disclaimer: This material has been prepared by Merlon Capital Partners Pty Ltd ABN 94 140 833 683, AFSL 343 753 (Merlon), the investment manager of the Merlon Australian Share Income Fund and the Merlon Concentrated Australian Share Fund (Funds).  It is general information only and is not intended to provide you with financial advice or take into account your objectives, financial situation or needs.  To the extent permitted by law, no liability is accepted for any loss or damage as a result of any reliance on this information. Any projections are based on assumptions which we believe are reasonable but are subject to change and should not be relied upon. Past performance is not a reliable indicator of future performance. Neither any particular rate of return nor capital invested are guaranteed.
save