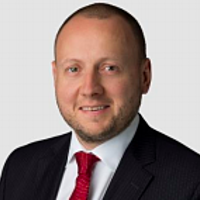 We believe there are three key themes that will persist in 2019; divergence, disruption and debt-overhang. Invesco's Chief Global Market Strategist, Kristina Hooper, along with Arnab Das explore these themes here - and their implications for markets.

While we expect economic growth to remain solid, there has been greater divergence in the past year in terms of growth. We believe such growth divergence is likely to continue, yet it will probably be constrained by the strength of US consumption and investment (as well as the strength of Chinese stimulus), which is likely to help boost growth in the rest of the world to at least some degree.

We also expect some divergence in inflation in the coming year, with some economies experiencing upward pressure on wages as well as rising input costs.

The US Federal Reserve (Fed) is very likely to continue on its path of regular gradual rate hikes. It would probably take a major downturn in economic data or a very severe US stock market correction to divert the Fed from that rate hike path at this juncture. In addition, the Fed is also conducting balance sheet normalisation – a powerful tool in and of itself at the same time as it is raising rates.

The preset course calls for larger amounts of assets to be rolled off the Fed’s balance sheet each quarter, which means a significant possibility of market disruption (we have already seen US monetary policy disrupt emerging markets in 2018).

In addition, the European Central Bank (ECB) is due to begin winding down its own quantitative easing program from the end of 2018, which could contribute to further disruption in Eurozone bond markets, which are already experiencing renewed divergence. Plus there is the risk that, in October 2019, a more hawkish president could replace Mario Draghi as ECB President, which may, in turn, cause greater volatility for Eurozone stocks and bonds.

In addition, more emerging markets economies are tightening many doing so to keep up with the Fed – creating an overall environment that is less accommodative.

We have seen significant geopolitical disruptions in recent months, which threaten structural fragmentation in the global economy and are already contributing to divergence in global growth as well as creating significant volatility in financial markets.

For example, the rejection of Angela Merkel’s leadership in various German regions, the difficulty the UK has had in orchestrating its Brexit from the European Union (EU) and Italy’s tensions with the EU over its desire to increase government spending in violation of Eurozone rules. These are all contributing to volatility and pressure in European markets including the euro, government bonds and equities – especially bank stocks, and are likely to drag down growth in the UK, Italy and to some extent Europe as a whole.

The US withdrawal from the Iran nuclear accord had contributed to a surge in oil prices because the hard-line requiring sanctions compliance by many countries pointed to much tighter global oil supply, but the granting of many sanctions waivers has now lowered this risk contributing to a sharp oil price correction – all of which has affected currencies and markets in many oil exporting and importing countries.

Of course, the greatest geopolitical risk is the potential for full blown trade wars, which seems more likely than not at this juncture. This can place downward pressure on economic growth in a variety of ways: It increases economic policy uncertainty, which typically reduces business investment; it increases input costs, which reduces profit margins or is passed onto consumers, who in turn typically reduce their spending in other areas; or it results in demand destruction. Finally, it can disrupt supply chains and make economies less efficient and productive.

There is hope for renewed negotiations, perhaps starting with a truce at the late November G20 Summit, when Chinese President Xi and US President Trump are expected to meet.

But we would caution that any relief rally could be temporary, because US concerns span many areas beyond trade, including intellectual property protection and national security.

The world is becoming increasingly indebted. In a recent Global Financial Stability Report, the International Monetary Fund warned about the growing debt overhang occurring in different economies. This problem is widespread impacting households, companies and countries and it becomes more burdensome as rates rise.

For example, Canadian homeowners are showing signs of coming under pressure given that many have adjustable rate mortgages. And the headwinds that many emerging market economies have faced in 2018 can be at least partly attributed to higher borrowing costs. As monetary policy normalisation continues and accelerates in coming years, this pressure is likely to increase.

In addition to the shortterm effects of debt pressure, there is a longterm effect as well: More money spent on servicing debt means less money that can be used for consumption or for more productive purposes such as investment. That combination can negatively impact both growth in the current business cycle, as well as the growth potential of economies with high debt in the longer term.

As monetary policy normalises, we believe capital markets will normalise as well. That means an erosion of the support that Fed policy has given to US stocks. In this environment, we expect continued volatility and a continued reduction in correlations both across national financial markets, as well as among stocks within countries as fundamentals become more important.

In addition, normalisation of US monetary policy suggests that US asset markets are prone to mean revert over the course of this unusual cycle, with downside risks stemming from trade tensions and geopolitics. Mean reversion could result in somewhat higher bond yields and discount rates for corporate cash flow.

And, it would probably be reflected in higher corporate credit and equity risk premia, while the potential for even partial fragmentation caused by geopolitical disruption would likely result in higher volatility and perhaps even reduced corporate earnings power if US firms have less access to global markets, including China – which has until now been expected to continue as a major driver of global growth and a major source of revenue and earnings growth for both US and other multinational firms.

Even with these downside risks and volatility, we would expect US bonds to perform relatively worse and US stocks to post modest gains because of their greater exposure to the US economy and structurally greater insulation from frictions in trade and geopolitics.

In the Eurozone and Japan, we expect continued support of risk assets because of more accommodative monetary policy, which in our view should result in modest positive stock returns for those regions despite relatively low economic growth.

In emerging markets (EM), we expect the Fed driven repricing to continue to spill over into global markets through a stronger dollar, higher US bond yields and tighter global financial conditions, pointing to more pressure on EM currencies, putting downward pressure on growth and upward pressure on inflation – a challenging scenario for EM equities, bonds and currencies. However, there is a significant possibility that by midyear 2019, the Fed may moderate its normalisation as economic growth slows, which should result in some moderation in the investment implications mentioned above, in our view.

We expect unusual behavior to continue across commodities with the trend toward a strong dollar, divergence between the US and the rest of the globe, and the risk of global growth downgrades pulling the overall commodity complex down. Base metals are among the commodities more exposed to these downside risks, driven by the deleveraging led slowdown in China and the general downward pressures on global capex due to trade frictions. Against that, however, geopolitical risks and trade tensions hold out the prospect of continued divergences across commodities, notably in oil, where tensions in the Middle East may cause renewed upward prices pressures. Soft commodities remain exposed to developments in US-China negotiations, with China’s tariffs on US agricultural exports representing a potential bargaining chip in any negotiations that might lead to a reprieve or succumb to a new round of tensions or tariff increases.

In this environment, we believe exposure to risk assets is important for meeting long-term goals – especially given that we see a continued upward bias for stocks, although it is growing weaker.

Mitigating against downside risk will be critical, and that includes being well-diversified within equities and fixed income, in our view. This is also important given the divergence in growth in different economies. And, perhaps most important during this period of uncertainty, we believe that exposure to alternative investments can help with diversification and risk mitigation. That may include strategies such as market neutral portfolios and other lower correlating asset classes, especially ones with income producing potential.

Ashley O’Connor is Head of Investment Strategy for Invesco Australia. Invesco is a global and independent investment management firm, founded in 1935 with over A$1 trillion of assets under management across Equities, Fixed Income and Alternatives.