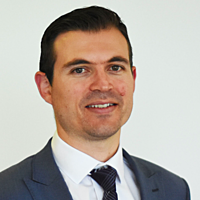 Apart from catching up with family and friends and listening to Big Block on repeat with the kids, we spent countless hours during the recent holidays reading and thinking about the devastating impacts of Australia's bushfires and the big trends shaping markets into the new decade. One theme we have written about previously, that is literally close to our heart is food. With the popularity of Netflix documentary, the Gamechangers, and heightened climate change awareness, the meat substitution and vegetarian/vegan movement continues to be a powerful trend shaping the way we (westerners) eat that we want exposure to.

And while the whole finance community (including us) focuses on the the impacts of 2019-nCoV (the Coronavirus) on global supply chains, there is another deadly virus in China changing the way the Chinese eat, that is impacting protein prices, and offers tailwinds to select ASX names.

The Chinese consume a lot of pork. Per capita consumption in 2018 was ~40kg and represented approximately 2/3 of meat consumption with poultry 11kg and beef 6kg per person p.a. It is further estimated that China consumes almost double the global average when it comes to fish/seafood at 41kg/person p.a.

And the country (at least in 2018) was largely self-sufficient, producing ~54 Million tonnes, approximately half the world’s pork (only importing close to 1Mt). But this is all changing, at least temporarily as the country grapples with African Swine Fever.

African Swine Fever (ASF), despite the name was rumoured to have originated from Russia and was first detected in China in August 2018, in Liaoning Province. Shortly after it was reported to have spread to Inner Mongolia and by December 2018 reached Guandong. By April 2019 ASF was detected in Tibet and Xinjiang in Western China. Within a year ASF had covered most of China and spread to neighbouring pork producing countries, including Vietnam, Cambodia, Korea and the Philippines.

Within China the Ministry of Agriculture and Rural Affairs responded immediately, enacting legislation to fight the disease. Once detected on a farm all pigs within a 3km radius were to be culled and disposed of, with farmers to receive compensation of RMB1200/pig.

The impacts of this were huge, with the World Organisation for Animal Health estimating 200 million pigs to be culled in China ~40%(1) of China’s 2018 production levels, or ~20Mt. The effects of which are likely to be experienced over several years. Experts suggest the market won’t be close to rebalancing until at least 2025. With no ASX listed pork producer we can’t get direct exposure to the pig price increase in Australia however below we revisit our universe of Agribusiness opportunities and discuss likely impacts.

Past performance is not a reliable indicator of future performance. Positive returns, which the Chester High Conviction Fund (the Fund) is designed to provide, are different regarding risk and investment profile to index returns. This document is for general information purposes only and does not take into account the specific investment objectives, financial situation or particular needs of any specific individual. As such, before acting on any information contained in this document, individuals should consider whether the information is suitable for their needs. This may involve seeking advice from a qualified financial adviser. Copia Investment Partners Ltd (AFSL 229316, ABN 22 092 872 056) (Copia) is the issuer of the Chester High Conviction Fund. A current PDS is available from Copia located at Level 25, 360 Collins Street, Melbourne Vic 3000, by visiting vertium.com.au or by calling 1800 442 129 (free call). A person should consider the PDS before deciding whether to acquire or continue to hold an interest in the Fund. Any opinions or recommendations contained in this document are subject to change without notice and Copia is under no obligation to update or keep any information contained in this document current