The end of QE: What it means for markets and investors 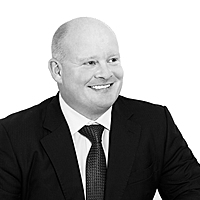 In the aftermath of the Global Financial Crisis (GFC), the traditional method of lowering interest rates failed to promote meaningful growth or inflation. This prompted several major central banks, including the US Federal Reserve (Fed), to undertake ‘extraordinary’ monetary policy measures to stimulate their economies. The effect of such an untested policy was highly uncertain and the risk of failure was enormous.

While global growth has not been stellar in recent years, it has improved to the extent that some of this extraordinary monetary support looks likely to be withdrawn. Both the Fed and the European Central Bank (ECB) look set to reduce their stimulus efforts towards the end of this year or early next year.

This is incredibly important as both fixed income and equity markets have been heavily influenced by central bank bond-buying and the resultant ultra-low interest rate environment. How markets react when this ‘sugar hit’ is removed is set to be one of the major questions for investors over the next 12 to 24 months. In this article, we consider how the unwinding of these stimulatory measures may work and the potential impact on markets.

The Fed has increased its balance sheet by around USD 3.5 trillion since the GFC, and been the largest purchase of fixed income securities. This added demand has forced interest rates down to record levels, and also positively impacted equity valuations. Early indications suggest that the unwinding of its balance sheet will most likely be passive and capped each month, which means it won’t be actively selling securities but instead allowing them to passively expire as they mature.

QE is ending in Europe

Many expect the ECB will use its September meeting to signal a change in policy, and to outline the specifics of its tapering process. Importantly, the ECB will not be reducing its balance sheet in the same way as the Fed intends to, and will still be reinvesting principal and coupon repayments—but its balance sheet expansion will cease.

What does this mean for markets and investors?

Whether markets can digest tighter monetary policy will depend on how well the Fed and the ECB signpost their intentions and whether economic growth and earnings hold up sufficiently to absorb moderately higher interest rates.

Expected to be negatively impacted by reduced demand, solid economic growth and moderately higher inflation, all having an upward bias on yields. High grade bonds in the US and peripheral Europe are expected to be impacted the most.

The euro is expected to be the major winner from reduced stimulus. This is due to the magnitude of its depreciation when QE was extended and its solid current account surplus. The US dollar may also benefit, but only marginally given that monetary policy changes appear to have already been largely priced in. Tax reform is needed to drive the US dollar meaningfully higher from here.

European equities are expected to withstand tapering as they haven’t advanced with balance sheet expansion in the same way that US equities did. The experience of US stocks during tapering also suggests limited downside risk from tapering. US equities may face a more difficult time, especially those which have extended their balance sheets and have high debt levels. High price/earnings growth stocks may also come under pressure if some exuberance comes out of the market. Domestically, be cautious on ‘bond proxy’ stocks, which will likely sell off if bond yields rise. Also, be cautious on bank stocks if offshore funding costs increase significantly.

Now is the time to be prudent

We believe that now is the time to be prudent and increase cash holdings, but warn against ‘over-allocating’ to cash given the current supportive economic fundamentals and the limited return that cash generates.

Much of the good news has been priced in

While we remain constructive on the domestic economy and recognise that aggregate earnings have improved (particularly for resource companies), we think that much of this good news has been priced in via the post-US election rally. This has seen the domestic market advance 10.9% to be priced at a multiple of 15.9x next 12 months (NTM) earnings.

The banks are facing significant headwinds via both regulatory constraints and a slow-down in housing. This has already negatively impacted credit growth, and we expect this to weigh on bank earnings growth going forward. As banks represent around 35% of the S&P/ASX 200 index, it’s unlikely that bank earnings growth will lead the market higher.

Personal consumption to come under pressure

A slowdown in housing, higher debt servicing costs and general price inflation are likely to have a negative impact on personal consumption. This has already impacted retail sales, and we expect it to pose a headwind for companies exposed to consumer spending—especially given wage growth is continuing to disappoint.

The risk of a severe slowdown cannot be ruled out

While we are constructive about the economy, the risk of a much more severe slowdown in housing or in Chinese growth cannot be ruled out. Domestic equities would be meaningfully impacted if either of these events occurred.

Importantly, this does not mean that investors should ‘dump’ domestic equities en masse. We are constructive on the domestic economy—but we do fear that the positives have already been priced in, and the skew of risks are to the downside.