Staying invested during ‘The Great Unwind’ 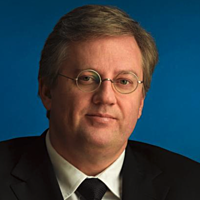 A group of factors that supported the equity bull market for almost a decade, including excess liquidity, low volatility, and low rates, are now unwinding in a synchronised fashion.

The smooth upward ride that equity investors have been enjoying since 2009 is under challenge, leading to pertinent questions around appropriate investment strategies during ‘The Great Unwind’.

This chart puts the S&P500 alongside the Fed Balance sheet over the last 11 years. Note the slow contraction of the latter in recent times. This withdrawal by the central banks is leading to a repricing of risk now evident in many markets today. Other major macro headwinds include a transitioning from ‘growth without inflation’ to ‘growth with inflation’; China’s tilting of economic growth towards domestic consumption and away from a reliance on exports (which reduced the over-supply in export sectors and leading to producer price inflation); free trade becoming slightly less ‘free’; and the Middle East continuing to provide political challenges and cause potential oil supply disruption.

While we believe the equity rally could continue, driven by the persistence of a number of positive factors, the conditions for any bull market will eventually deteriorate.

The Japanese equity rally was initially driven by a multitude of positive real economic and political factors. The high valuation of Japanese shares was explained away by focusing on other valuation measures such as Price to sales, or inherent property value per share, instead of traditional price to earnings (PE) ratios.

The market collapsed eventually though due to poor corporate governance and strategy, a focus on market share rather than profit, excessive valuation, irrational exuberance of Japanese equity investors, inflated property prices, high debt levels, and an over-leveraged banking system.

There are many other examples over the last 40 years of >50% equity corrections ranging from the US dot-com bubble to emerging markets such as China, Indonesia, Thailand and Korea.

The strong inflows into ETFs and other passive equity index driven strategies since the end of the GFC has been a significant driver in the sustained appreciation of US equities. To the extent that funds have entered the equity market in a more passive manner, the valuation call on equities has, at the margin, moved away from active managers/investors, to cash flows into ETFs and other index funds.

This creates a level of un-natural demand for companies represented in those ETFs and indices. It is an inherently risky strategy that replaces the concept of true valuation with pure momentum.

Given the significant equity holdings that have been acquired by ETFs and passive index funds in the last decade, an extended period of outflows from these investment structures is likely to be an environment that sees a significant market correction.

How to invest in such an environment?

In contrast, Variable Beta funds can afford investors a smoother and less volatile investment return path, with increased capital protection as a primary objective, through the ability to hold variable levels of cash and short sell equities or indices. This can cushion the fall during periods of negative returns by being less than 100% exposed to equity risk, and can generate positive returns from short selling.

Over an equity cycle of rising and falling share prices, the variable beta manager seeks to produce a superior risk-adjusted return for investors by reducing downside volatility and participating in upward momentum when presented.

Being long into overtime with this bull market, and if history is to teach us anything, now would be the time to ensure that all portfolios have a portion allocated to a Variable Beta/Long Short investment strategy. Applied hypothetically to the events listed above, a Variable Beta approach would have provided investors greater capital protection via the manager being able to hold cash and take short equity positions.

Most importantly Variable Beta long-short managers have the ability to act quickly when market conditions change – something that could be particularly useful in the current environment.

Mark is a Co-Founder and Executive Director of K2 Asset Management. He is also the Joint-CIO for the K2 investment funds and focuses on the portfolio management of the Asian equity strategy.